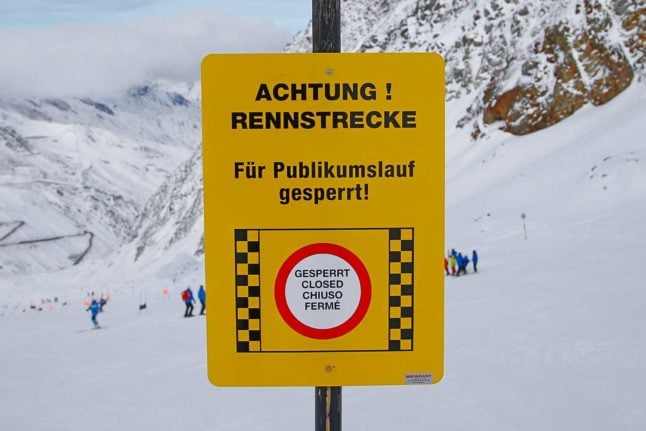 Salzburg governor Wilfried Haslauer (ÖVP) said his state’s ski resorts are ready to open on December 19th, promising that the resorts are well prepared to deal with the annual influx despite the coronavirus pandemic.

Speaking to the Ö1 Morning Journal on Thursday, Haslauer said he was optimistic about the coming winter sports season, although acknowledging it would be “different”.

UPDATE: Where and when will it be possible to go skiing in Europe this year?

Germany has sought to close ski resorts Europe-wide until January. Haslauer said the decision was regrettable but promised that the Austrian ski season would start without German tourists.

While German Chancellor Angela Merkel is in favour of the plan to close ski resorts across the continent, she has received significant opposition in Austria.

Markus Söder, leader of the neighbouring German state of Bavaria, has also called for all alps ski resorts to be closed.

Austria’s Tourism Minister Elisabeth Köstinger said that she “did not see any benefits to the calls for closure of ski resorts”.

“Winter holidays in Austria will be safe. Our companies have already drawn up comprehensive safety concepts for ski holidays,” she told Germany's Funke newspaper group.

“This is really a Schnapsidee (crazy idea). I am an ardent European. And tourism thrives on international networking and open borders,” he said

“Such statements are really from the bottom drawer. You're throwing out the baby with the bathwater again just for a popular headline.

Mass testing to save skiing?

Salzburg brought the date forward for mass testing by a week in the hope of having more than 300,000 people tested before Christmas.

READ: When will mass coronavirus tests be available in my part of Austria?