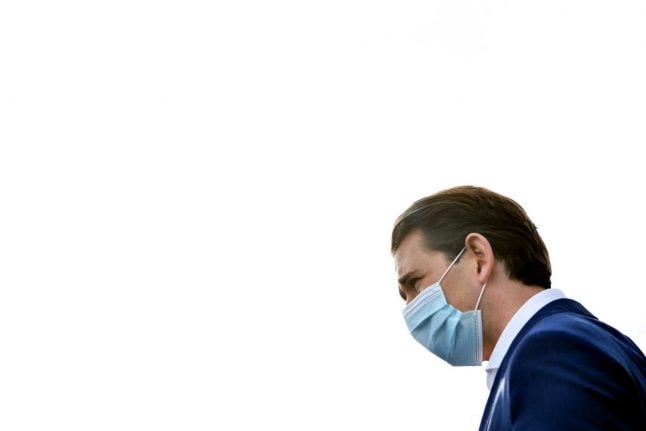 While Austria was held up as a model to follow during the first wave of the coronavirus pandemic, its return to lockdown Tuesday has sparked a backlash against the government.

Experts, news outlets and opposition politicians have been lining up to condemn the conservative-green coalition government of Chancellor Sebastian Kurz for its handling of the second wave.

“Lack of anticipation” and “irresponsible behaviour” are just some of the criticisms levelled at the administration since the new lockdown was announced on Saturday.

READ: Everything you need to know about Austria's coronavirus lockdown

The closure of all non-essential stores and schools is “without question the expression of a total loss of control” said Pamela Rendi-Wagner, leader of the opposition Social Democrats (SPOe).

“It is because of the government in particular that more severe measures are now necessary and that Austria has gone from being a model country to being the bottom of the table in terms of infections.”

Rendi-Wagner is herself a former health minister and trained as a doctor. Saturday's measures came two weeks after the closure of restaurants, bars, cultural and sports venues in a failed bid to curb the spread of the virus.

The country is now under curfew until December 6, with limited exceptions such as essential travel for work, buying groceries, helping or caring for others, or for exercise.

In spring, Austria was among the first countries in Europe to impose a lockdown and escaped the worst of the first wave.

But the number of daily infections in the Alpine nation of 8.8 million inhabitants has grown from 1,000 in early October to 4,657 on Monday.

Hospitals have said they are reaching capacity, despite Austria having a comparatively high number of intensive care beds.

In western Tyrol province, 83 percent of intensive care beds reserved for coronavirus patients are already occupied, according to the national health agency. And the criticism has come from both sides of the political spectrum.

The conservative Die Presse daily lamented the “lack of government planning”, while liberal Der Standard highlighted what it called a “series of bad decisions” by Health Minister Rudolf Anschober.

This is what had forced the government to pull the “emergency brake”, it said Monday.

“We spent the summer hitting the gas,” Christoph Steininger, a virologist from the University of Medicine in Vienna, told the Der Standard, referring to the re-opening of the economy over the summer.

Measures taken throughout summer and autumn proved ineffective as bars, cafes and restaurants filled up again, alongside shopping malls and cultural venues.

Some of the government's energy also had to be diverted into the response to the jihadist attack that left four people dead on November 2.

“People are tired, conspiracy theories are circulating, errors are obviously made and the opposition is heading to the barricades,” political scientist Julia Partheymueller, from the University of Vienna, told AFP.

“National unity is being undermined by the second wave.”