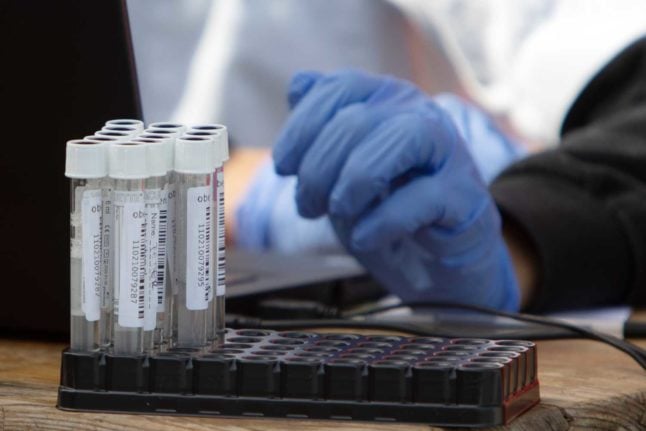 Austria has unveiled a mass testing scheme to put an end to the country’s lockdown in time for the Christmas holidays.

Austria has indicated it will follow its neighbour Slovakia in unveiling a nationwide ‘mass testing’ regime. The goal of the scheme is to allow the country to emerge from lockdown before Christmas.

“We know it's something close to many people's hearts to be able to celebrate in a half decent way with at least a small number of their loved ones,” Chancellor Sebastian Kurz said.

In Slovakia, two-thirds of the population were tested two weeks ago, with just over one percent testing positive.

Kurz told public broadcaster ORF that “we have decided here in Austria… to take a similar step”.

“We want to deploy mass tests at the end of the lockdown in order to enable a safe re-opening in schools and other areas,” Kurz said, adding that in the first instance testing would be focused on groups such as teachers.

Austrian media reports that medical workers would also be one of the targeted groups for testing.

How many people will be tested?

Kurz indicated that he was unsure about how widespread the testing regime would be – or if it would be as comprehensive as that in Slovakia.

Testing 70 percent of the populace would mean testing more than six million people.

Health Minister Rudolf Anschober said on Sunday it was as yet unclear as to whether the entire population would be tested, or if specific risk groups would be targeted.

What kind of tests will be used?

The programme in Slovakia has involved the use of antigen tests and it appears Austria is set to follow suit.

They give far quicker results than PCR tests, which involve nasal swabs that have to be sent to a laboratory, but they are less reliable.

Kurz said that the advent of antigen tests meant “we finally have the possibility of buying millions of tests”, although he admitted that rolling out a large testing programme would be a  “logistical challenge”.

Will it be compulsory?

In Slovakia, anyone who refused to be tested were subject to a strict curfew and were not allowed to work.

Anschober said on Sunday that the scheme “must be voluntary”, reported Kronen Zeitung.

Therefore, nobody – even those in particular groups – would be forced to be tested against their will.

It is however unclear if people in particular professions would be allowed to return to work if they refused a test.