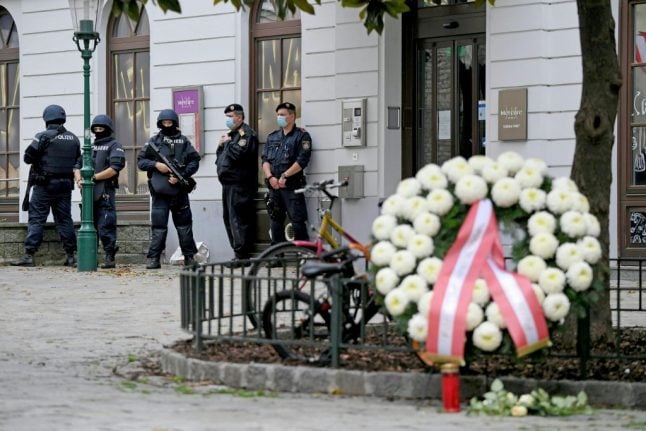 Austrian police have made 18 raids and detained 14 people in their investigation into the deadly shooting in Vienna, Interior Minister Karl Nehammer said Tuesday.

Authorities however say there was no evidence as yet that a second shooter was involved in the attack.

“There have been 18 raids in Vienna and Lower Austria and 14 people have been detained,” Nehammer told a televised press conference.

The minister added that police believe that the attack in central Vienna was carried out by a lone gunman, Kujtim Fejzulai, a 20-year-old Islamic State sympathiser who was killed by police on Monday night, AFP reports.

The video material evaluated by the police “does not at this time show any evidence of a second attacker,” Nehammer said.

Fejzulai, a dual Austrian and Macedonian national, was convicted of a terror offence in April last year for trying to travel to Syria.

The minister also said there is no evidence so far that the deadly attack in central Vienna was carried out by more than one shooter.

The video material evaluated by the police “does not at this time show any evidence of a second attacker,” Karl Nehammer told a press conference.

Previously the minister had said several attackers were involved in the shooting and that at least one was on the run.

Nehammer said he had been on a de-radicalisation programme and had managed to secure an early release.

“The perpetrator managed to fool the de-radicalisation programme of the justice system, to fool the people in it, and to get an early release through this,” the minister said.