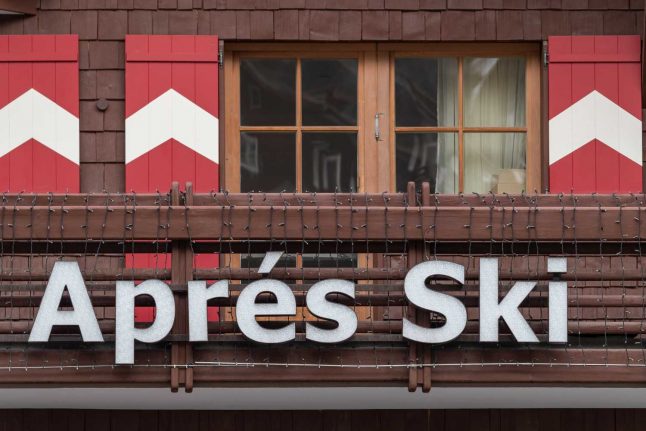 “From March 8, a correct assessment should have led to the closing of bars, the stopping of ski lifts and orderly management of departures,” of tourists from Ischgl, a village in the western state of Tyrol, the experts found in a report published Monday.

Instead, after a barkeeper in Ischgl tested positive for Covid-19 on March 7, tourists were not informed.

Skiing and partying continued for several days until a complete and immediate lockdown of Ischgl and Sankt Anton, a nearby ski resort, were announced on March 13.

Tourists were forced to evacuate within hours, and in the end more than 6,000 people from 45 countries, including Britain, the US and Germany, said they contracted Covid-19 on their holidays.

“There were errors of judgement that had consequences,” Ronald Rohrer, the head of the commission and a former vice president of Austria's supreme court, told a press conference in Innsbruck, the capital of Tyrol state, on Monday.

The mishandling has been blamed for allowing sick tourists to carry the virus to their respective home countries at a time when much of Europe was yet to see cases, and before the World Health Organisation had declared the coronavirus a pandemic.

The report, based on an investigation by an expert commission set up by the state government, also found grave mistakes in how the quarantine was announced by Chancellor Sebastian Kurz, calling it “impromptu and without consideration for the necessary preparation”.

“It provoked a panicked reaction among holidaymakers, and traffic chaos ensued,” the report said.

Two press releases, one of which called the risk of infection “rather unlikely” despite the fact that the barkeeper worked in a crammed apres-ski bar frequented by more than 200 tourists, were “false” and “bad”.

Communications between state and regional officials seen by AFP also show that authorities misled the public to “get Ischgl out of the line of fire,” according to an email sent by Landeck district chief Markus Maass, who administers Ischgl.

The documents seen by AFP include official letters in which the public prosecutor of Tyrol informs four individuals — Maass, Ischgl's Mayor Werner Kurz and two other officials — that they are being investigated for wilfully or negligently endangering people through a contagious diseases.

Three German survivors and the family of an Austrian man who died from the coronavirus after holidaying in Ischgl are claiming damages of between 12,000 and 100,000 euros from the Austrian authorities.