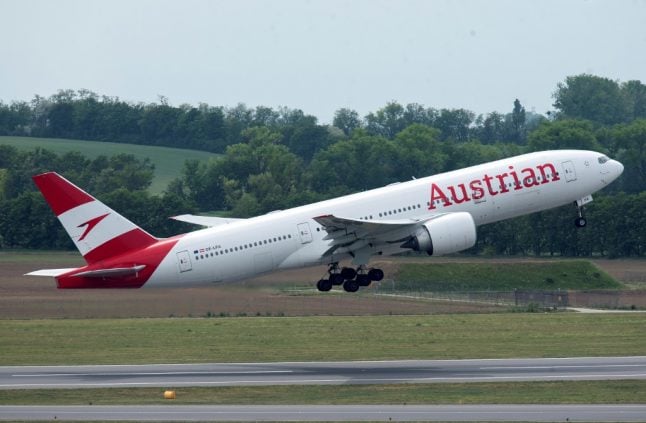 Austria will provide 450 million euros, with the rest coming from German giant Lufthansa, of which Austrian Airlines is a subsidiary.

The Austrian government will provide 300 million euros of state-backed loans on top of a 150-million-euro grant, the Der Standard newspaper and other media reported.

However, Austria is not expected to take a formal stake in the airline's ownership.

The details of the package are due to be officially confirmed later on Monday by the Austrian government, a coalition between the centre-right People's Party (OeVP) and the Greens.

Prominent Green politicians had made clear in recent weeks that they wanted any deal to come with conditions to reduce the airline's environmental impact.

The rescue deal will reportedly include targets for the airline to invest in more efficient technologies and thereby reduce its CO2 emissions and noise pollution.

The status of Vienna as the airline's hub will also be secured for at least ten years under the deal, according to Der Standard.

Later this month Lufthansa is to ask shareholders to back a nine-billion-euro bailout deal negotiated with the German government, which will take a 20 percent stake in the group under the agreement.

Austrian Airlines' fleet has been largely grounded for almost three months due to the restrictions introduced to fight the new coronavirus pandemic, which have devastated the international travel industry.

The airline plans to restart flights from June 15 to several European destinations and Tel Aviv.

Some long-distance services will be restarted in July, including to New York, Washington and Bangkok.