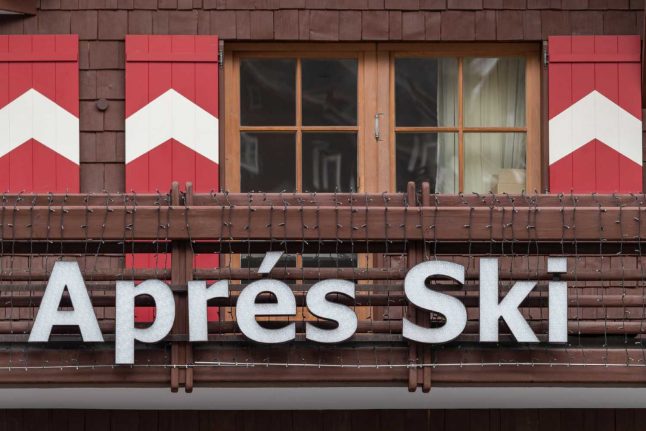 Thousands would become infected, bringing the virus home in Austria and beyond — to Germany, the US, Singapore and Hong Kong.

Many have now filed legal complaints blaming local authorities in Tyrol for not acting quickly enough to protect travellers.

“One of the key questions will be to find out when the authorities knew enough to act,” says Peter Kolba, a lawyer and head of the VSV consumer rights association.

The VSV has filed a legal complaint against regional authorities on behalf of people infected in Tyrol, and has already collected testimonies from almost 5,000 people.

Some 73 percent of them tested positive for the coronavirus after a holiday in the region.

And the VSV says it has documented 25 deaths of people who contracted the novel coronavirus in Tyrol, though the claim has not been independently verified.

Potential damages for those who fell ill could be more than five million euros ($5.4 million), it says.

Most testimonies collected by VSV are from German travellers, along with tourists from Scandinavia, the US and Asia-Pacific. More than 300 individual complaints have also been filed, Kolba said.

Separately, prosecutors in regional capital Innsbruck began mulling whether or not to launch a criminal investigation.

They are focusing now on a mammoth 1,000-page police report, the contents of which have not been made public.

But the document could piece together “who knew what and when”, Hansjoerg Mayr from the Innsbruck prosecutors' department told AFP.

'Ibiza of the Alps'

The centre of the crisis was Ischgl, a ski resort dubbed the “Ibiza of the Alps” thanks to its packed bars and buzzing nightlife.

The village of around 1,600 permanent residents saw a record 1.5 million visitors last year.

It was here that several warning signs were missed in early March, according to critics of the regional authorities. There were some worrying signs early on.

Icelandic authorities said on March 5 they thought Ischgl was a risk area after skiers had returned from there with infections. On March 7 a waiter in a bar became the first person in Ischgl to test positive, followed two days later by 16 of his colleagues and close contacts.

And tourists starting falling ill too, including Ludger Goerg, a German holidaymaker who says he contracted the virus along with 13 of his travel companions after staying in Ischgl between March 7 and 13.

“On March 13 a friend rang me from another hotel in the village, he was having a coffee on the terrace and had just seen paramedics in protective gear taking someone out of the hotel — which was still open!,” Goerg told AFP.

When it came to the danger from the virus, “there was no information available”, he said. “Every morning at breakfast you could read updates about the resort — but nothing about coronavirus.”

The head of the Tyrol regional government, Guenther Platter, rejects the charge that his administration acted too slowly. “It's easy to call decisions into question in hindsight,” he said in a recent interview with the Kurier newspaper

He insisted that the region was carrying out contact tracing as recommended by the World Health Organization and that he saw to it that Ischgl's ski season was cut short on March 13.

That was far too late according to critics, some who have dubbed the outbreak the “Ischgl fiasco” in the Austrian press.

Other officials in Tyrol believe the region was the victim of bad luck — and bad timing.

“Where are people in the winter? They go skiing,” says Helmut Mall, the mayor of another popular resort, St Anton am Arlberg. “Had the coronavirus begun spreading in summer, what happened in Ischgl could have happened in Rimini,” he added, referring to a popular Italian beach resort.

Questions are now lingering about the long-term impact of the outbreak in Tyrol, a region renowned for its slopes where every third euro is earned through tourism.

Over the course of April, the region came out of a quarantine imposed on March 19 — stricter than the lockdown measures imposed elsewhere in Austria.

The area is still shaken by the experience and fearful of the long-term damage the episode may wreak.

“The consequences in terms of (the region's) image are important,” Mall said.