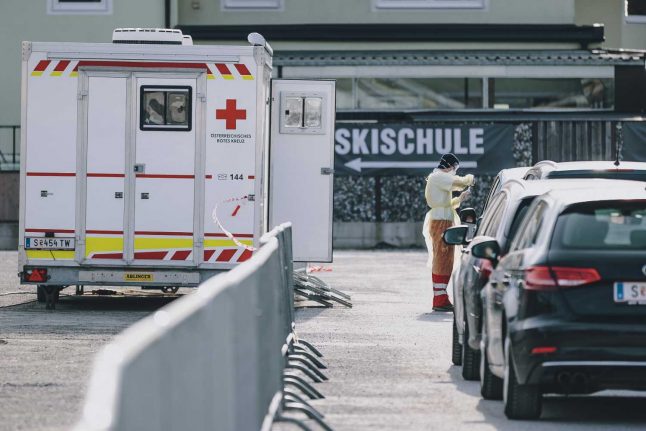 Two days after launching an appeal to join a class action lawsuit against authorities in the popular ski region of Tyrol, the VSV consumer association said it had already been contacted by 400 people, the majority of whom are Germans.

Tyrol authorities have come under blistering criticism for failing to quickly respond to signs of an outbreak of the new coronavirus at a popular ski resort, thus helping spread it across Europe and further afield.

The VSV said it hopes to gather witness statements via its website and bring a case on the basis that “the closure of skiable areas was delayed for commercial reasons.”

The virus spread after German television flagged a first contamination in late February to an employee of a popular bar in the resort of Ischgl which tourists continued to frequent as the resort remained open for two weeks thereafter.

The resort has since been linked to hundreds of virus cases notably in Germany and Austria, Denmark and Norway with the original sufferer understood to have unwittingly acted as a “super spreader.”

Other bar revellers who have caught the virus came from Canada, the United Kingdom, Iceland and Sweden. It was not until almost a fortnight later that the bar, and then the resort itself, were placed in lockdown.

The delay has caused a political storm and Austria's government has promised to investigate on the basis that “errors may have been made” in the handling of the crisis.

Since March 18, the whole of the Tyrol region — bordering Italy and known throughout Europe for its ski areas and lively after-ski parties — and its 750,000 inhabitants have been in quarantine, cut off from the rest of Austria.

Consumer protection activist Peter Kolba has also filed a complaint against the Tyrolean authorities, including regional governor Guenther Platter, on Tuesday, accusing them of allowing warnings on the risk of infection to go unheeded. Platter insists authorities took “very quick” and “very radical” decisions to contain the virus.