Language and culture For Members

The German language is renowned for its creativity with animal phrases- especially ones about pigs. But there are more creatures to look out for.

A very common phrase to describe the action of someone acting silly, senseless or stupid is “das Affentheater” (monkey theater).

Often people will say this to their children when they are acting pointless and irritating.

Another phrase concerning monkeys is “Mich laust der Affe” (the monkey is delousing me).

This is an exclamation of astonishment such as I’ll be damned.

“Sich zum Affen machen” (to make a monkey of yourself) however means to make a fool of or embarrass yourself. And generally, calling someone “ein Affe” has a negative connotation and means idiot.

“Wie ein Elefant im Porzellanladen’' (like an elephant in a porcelain shop) is similar to the phrase "like a bull in a china shop" and refers to an inconsiderate and tactless person.

This word is often used (humorously) when someone lists their name before that of others. “Der Esel geht voran” (the donkey goes ahead) means that someone does not give you the proper priority or right of way, and behaves a bit rudely.

The next time you notice someone misbehaving in this sense simply point out: “Der Esel geht voran”.

“Sich winden wie ein Aal” (to wind/squirm like an eel) refers to someone making excuses and trying to flee from a situation that is not in their favor.

You will also find “sich krümmen wie ein Aal” (to bend, curve like an eel) as an alternate version of this phrase.

This is a very common German phrase as it is found in the fable “das Tapfere Schneiderlein” (The Valiant Little Tailor) by the Grimm Brothers.

“Zwei Fliegen mit einer Klappe schlagen” (to hit two flies with one swatter) is equivalent to the phrase to kill two birds with one stone, and means to accomplish or solve two problems at once.

“Keiner Fliege etwas zuleide tun” (not to hurt/harm a fly) defines a peaceful and good-natured person. 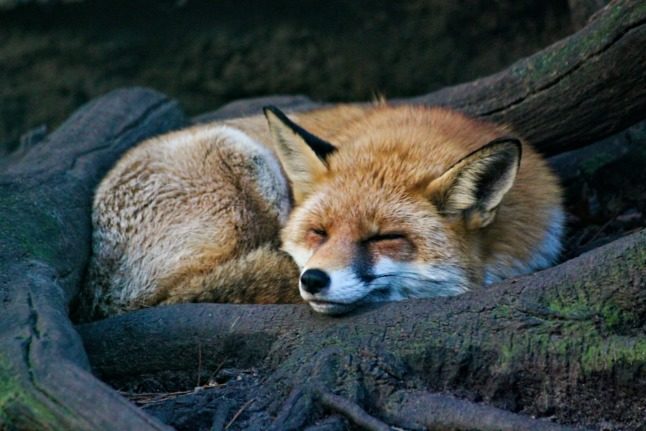 Photo by Dušan veverkolog on Unsplash

There are several phrases about foxes characterizing them as intelligent and wise.

However, the phrase “Fuchsteufelswild '' (fox devil wild) refers to a person being furious or hopping mad.

Yet this phrase is often used when speaking to children when they have done something wrong.

“I am really hopping mad that you didn’t listen to me.”

Calling someone “Ein alter Hase” (an old rabbit) is a compliment as it means that they are experienced and know what they are talking about, similarly to the phrase to be an old hand.

“Er ist ein alter Hase. Dem kannst du vertrauen.” – “He is an old hand. You can trust him.”

The next phrase, however, takes on a whole new meaning.

“Da liegt der Hase im Pfeffer” (the rabbit lies in the pepper there) means that something is the crucial point and that getting out of this situation will be hard.

This phrase stems from a German recipe for roasted hare in peppersauce, as the rabbit cannot flee from the peppersauce.

The phrase “Auch ein blindes Huhn findet mal ein Korn” (even a blind hen sometimes finds a piece of corn) means that everyone, even incompetent and unwise people, have luck.

This common saying was rewritten as a joke: “Auch ein blindes Huhn trinkt Korn” which means that even a blind hen drinks Korn (A German grain spirit).

This phrase definitely does not express that someone is acknowledging or appreciating something funny, but rather is said in a sarcastic tone. 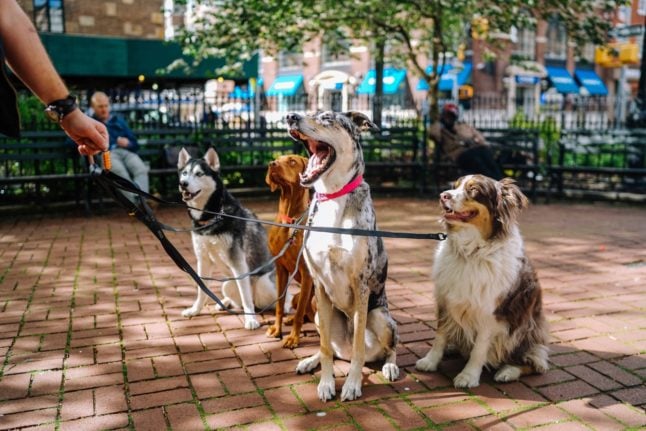 Photo by Matt Nelson on Unsplash

“Den letzten beißen die Hunde” (the last ones are bitten by the dogs)” is similar to the phrases the devil takes the hindmost or every man for himself. It means that this person is not well off because he cannot escape an unfortunate situation.

The saying “Hunde, die bellen, beißen nicht” (dogs that bark don’t bite) defines a person who loudly and angrily complains about something but usually is not very dangerous. This is similar to the saying his bark is worse than his bite.

“Die Katze aus dem Sack lassen” means the same thing as the English saying to let the cat out of the bag, and is a very common German saying.

“Für die Katz sein” (to be for the cat) means that something is a complete waste of time. Often this is said in an agitated, annoyed or hopeless tone of voice.

“It was all for nothing!”

“Das ist zum Mäusemelken” (that’s for milking mice) means that something is exasperating and despairing, so one might as well just start milking mice.

“Da kriegst du die Motten” (you’ll get the moths) is like an outcry of indignation or outrage.

You would say “Da kriege ich ja die Motten”, if you are an organisation-freak and you see someone wrongly placing back your dishes.

The phrase “Mit jemandem Pferde stehlen können” (to be able to steal horses with someone) refers to having a good friend or someone trustworthy with whom you would endure, experience or try out anything.

"Sichs aufs hohe Ross setzen” (to get on a high horse) is similar to the English phrase that refers to someone acting arrogant or being too proud.

If you call someone a “Pechvogel” (misfortune bird) it means that they are an unlucky fellow.

There are also several sayings revolving around storks.

“Da brat mir doch einer einen Storch” (someone fry me a stork) means I’ll be damned, and is an exclamation of incredulous amazement.

Another one is “Wie ein Storch im Salat” (like a stork in a salad) which refers to someone walking stiff-legged or acting clumsy. 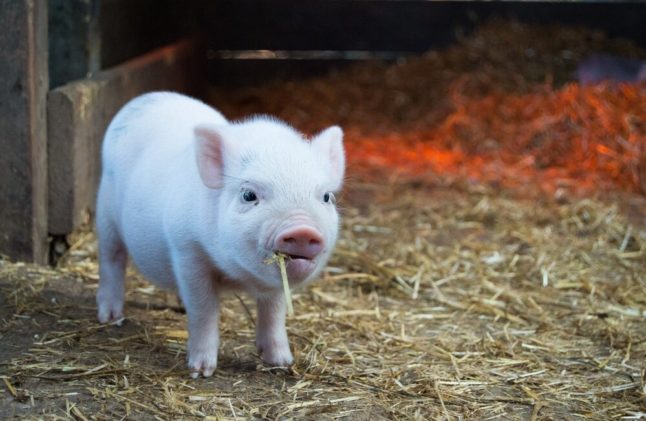 The most commonly heard phrases in German refer to pigs.

“Die Sau rauslassen” (let the pig out) means to either celebrate exuberantly or to misbehave.

“Ich glaub’ mein Schwein pfeift” (I think my pig is whistling) is an exclamation of incredulous astonishment and outrage.

For example, if you come home to see that your children have taken the house apart, you might say “Ich glaub mein Schwein pfeift”.

Pigs cannot whistle, which is why this saying expresses that something impossible (usually bad) occurred.

The phrase “Unter aller Sau” (under all pigs) is used quite frequently. It expresses that something is very bad, unbelievable or has an extremely bad quality.

“Das ist ja unter aller Sau, dass du den Job nicht bekommen hast!” – "It is really unbelievable that you did not get the job!”