Austrian Chancellor Sebastian Kurz meets Czech Republic Prime Minister Andrej Babis in Prague. Photo: Michal Cizek/AFP
Following a meeting with his counterparts in the so-called Visegrad countries of the Czech Republic, Hungary, Poland and Slovakia, Kurz was forced to admit that the ex-Communist neighbours had a different strategy for going green.
“Our goals differ from those of the Visegrad-four countries,” Kurz told reporters in Prague.
“We think countries should make a switch from coal to greener energy resources, but it is important for Austria not to support nuclear energy,” he said, insisting that the security of Austrians was his primary concern.
Kurz is heading a new coalition government made up of his conservative People's Party and the environmentalist Greens, which was sworn in last week.
The new administration has introduced an ambitious green energy plan, vowing to become carbon neutral by 2040, beating the EU-wide target of carbon neutrality by 2050.
But Kurz failed to win over his counterparts in the four countries.
“Every EU member state should have the right to choose its energy mix,” said Slovak Prime Minister Peter Pellegrini, whose country is building two new units at the Mochovce nuclear plant.
The Czech Republic announced a plan last November to build a new multi-billion-euro (dollar) nuclear unit at the southern Dukovany plant by 2036.
“We are not able to achieve carbon neutrality without nuclear energy,” Czech Prime Minister Andrej Babis said after meeting Kurz for bilateral talks later Thursday.
“Of course we want to close our coal-fired plants at some point, but we can't do that without nuclear power,” said Babis, whose country expects to raise the share of nuclear energy in its mix to 40 percent by 2040 from the current 30 percent.
The state-owned CEZ group runs two nuclear power plants in the Czech Republic: Dukovany and Temelin, both in the south of the country.
Hungary is largely dependent on its Paks nuclear plant.
Poland, whose energy sector is based on coal-fired resources, has no nuclear plants.
In its policy statement, Kurz's government has pledged to get all energy from renewable resources by 2030 and to invest more in public transport.
Renewable energy already accounts for about a third of Austria's consumption, almost double the EU average. 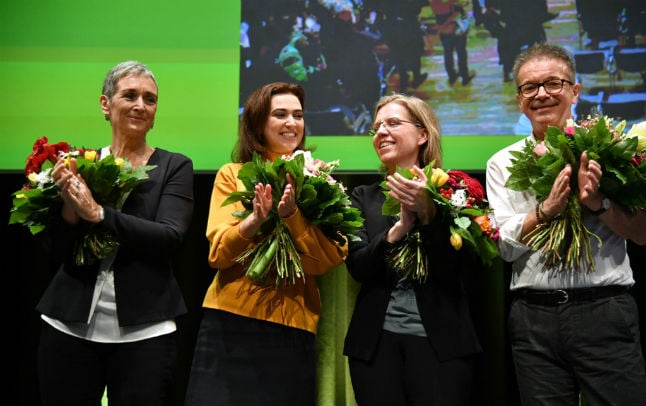