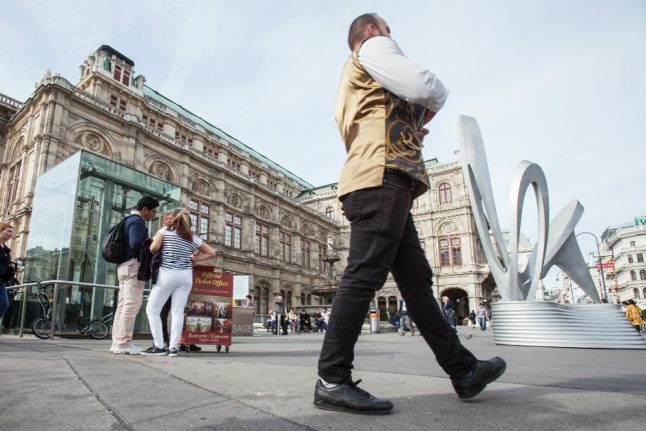 A street vendor in front of the the Vienna State Opera in September 2019. Photo: AFP

The director of the academy Simona Noja-Nebyla has been relieved of her duties, according to a statement by the Austria's public theatre organisation.

Noja-Nebyla has not been sacked but her functions will be taken over on an interim basis by the State Ballet's commercial director until a new director is appointed in September 2020.

On Tuesday a commission probing abuse claims detailed a series of failings in the academy's care of its pupils, including encouraging them to smoke to stay slim.

The commission also said students were addressed with their first names and clothes sizes and that they were not being protected “from discrimination, neglect and negative medical effects”.

The scandal originally broke in April when a report on the academy in the Falter newspaper detailed allegations of serious physical and mental abuse against students, as well as sexual assault.

The newspaper's detailed investigation exposed “19th-century” methods, alleging young dancers were hit, scratched until they bled, pulled by their hair and humiliated over their physiques, with some developing anorexia.

Created in 1771, the academy boasts alumni who dance for some of the world's most famous companies, including London's Royal Ballet, St Petersburg's Mariinsky and New York's American Ballet Theatre.