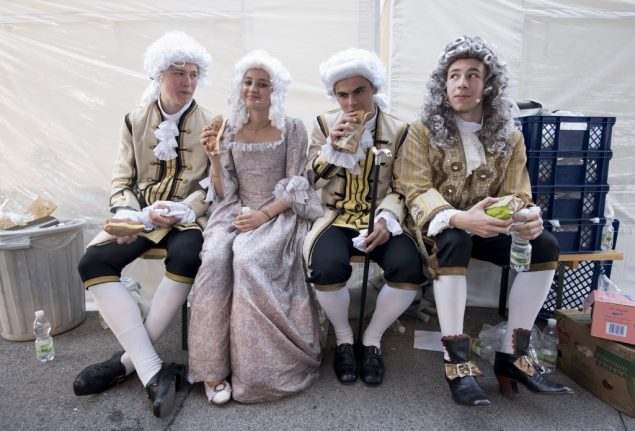 Modern Austria was born in 1918 from the ruins of World War I and the Austro-Hungarian empire, reduced to a small rump of what was once a vast empire which stretched from the Dalmatian coast to Russia.

Violence between far-right and left-wing radicals marked the interwar period before the advent of an “Austro-fascist” regime and then the annexation by Adolf Hitler of his native country into the Third Reich in 1938.

The country's tumultuous early decades meant that after WWII, a high premium was placed on reaching political sovereignty.

Just over a fifth of the population live in the capital Vienna, a city that has been judged the world's “most liveable” two years in a row in rankings compiled by the Economist Intelligence Unit. It is one of the most diverse parts of Austria, with 36 percent of Viennese being born outside the country.

The population of the city — home to myriad international organisations — is also growing fast, and projected to pass its pre-WWI peak of two million in 2028.

Vienna is a byword for classical music, home at one time to Mozart, Beethoven and Schubert. It was a cultural and intellectual hub in the late 19th and early 20th century.

But many Austrians have not seen “The Sound of Music”, the 1965 musical film with Julie Andrews cavorting in Alpine meadows that still proves a huge tourist draw for Salzburg.

European integration and the EU's expansion into Austria's eastern neighbourhood have been good for the heavily export-dependent economy.

The country is home to firms that may not be household names but are global titans, like Glock (guns), KTM (motorbikes), Novomatic (gaming machines) — and the better-known Red Bull (energy drinks).

In 1978, Austria rejected nuclear power in a referendum, even though it had a plant ready to start.

Some 25 percent of Austria's agricultural land is used for organic produce, making it a European leader in the sector, while renewable energies account or 32.6 percent of its consumption, almost double the EU average. But it falls short in terms of greenhouse gas reduction. Between 1990 and 2017, Austria together with five others were the only EU members who saw their greenhouse gas emissions continue to increase, while in the whole union they have fallen by 22 percent.

Over the same period, in the transportation sector alone these emissions increased by 71 percent in Austria, according to Environment Ministry figures.

Austria excels in winter sports. Sixty percent of the country is mountainous, and Austrians are glued to their televisions when their national athletes compete to cheer them.

One ski racer they won't be seeing anymore on the slopes, however, is Marcel Hirscher who announced his retirement this month after winning a record eighth consecutive overall World Cup title.

But ski lessons for schoolchildren haven't been obligatory since the 1990s, and some 60 percent of the population say they have never skied.