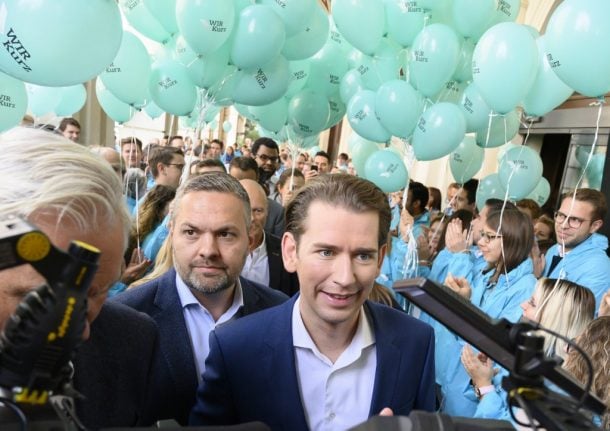 His erstwhile coalition partners, the scandal-hit far-right Freedom Party (FPOe), meanwhile, dropped from almost 26 percent at the last election to around 16 percent.

The election was triggered by a corruption scandal which engulfed the FPOe in May and brought down the OeVP-FPOe coalition.

The centre-left Social Democrats look set for their worst-ever result on around 22 percent of the vote.

The Greens were the other big winners, reversing a disastrous performance in 2017 which saw them fail to enter parliament to win at least 13 percent this time round, which would be their best-ever score.

The parliamentary elections were broughtabout by the “Ibiza-gate” corruption scandal that engulfed Kurz's far-right coalition partner in May, after just 18 months in government together.

Kurz has “nothing to win, but a lot to lose”, Die Presse daily warned in an editorial on Saturday.

“Even with a nice plus on Sunday, it is more difficult for him than in 2017,” it said, adding there was no partner that quite suited any more.

With 6.4 million people eligible to vote, polling stations across the country opened at 7:00 am. Analysts say “whizz-kid” Kurz could once again partner with the Freedom Party (FPOe) in a re-run of the coalition that has been touted by Hungarian Prime Minister Viktor Orban and other nationalists as a model for all of Europe.

“We vote to decide in which direction we will go — that of Orban and the populists, or if we stay oriented toward Europe…. we decide if the corruption will go on,” Vienna voter Gabriel Steiner, 29, said.

Fresh allegations of wrong-doing have shaken the far-right FPOe over the past week.

Prosecutors confirmed Thursday they were investigating Heinz-Christian Strache, who resigned as FPOe leader and vice-chancellor in May because of “Ibiza-gate”, over fraudulent party expense claims.

Kurz himself has also warned that left-leaning parties could gain more seats than predicted and then band together to form a coalition without him.

“If there is just a little shift… then there will be a majority against us,” Kurz told supporters at a final rally in Vienna on Saturday. Unlike in 2017, the top voter concern is not immigration — a welcome topic for Kurz and his former far-right allies — but climate change.

“It's an important vote for the climate. Past governments have done much too little,” Vienna voter Peter Litzlbauer, 26, said.

Tens of thousands of people marched Friday in Vienna and other Austrian cities to demand the government do more to fight climate change.

The protests were part of global demonstrations led by Swedish activist Greta Thunberg and the biggest yet in the Alpine country of 8.8 million inhabitants.

Against this backdrop, Austria's Greens — who failed to get into parliament in 2017 in a shock result — look set to make the biggest inroads on Sunday.

They were tipped to garner 13 percent, up 10 percentage points from two years ago.

It remains to be seen if Kurz, a former law student who has enjoyed a rapid ascent through the ranks in Austrian politics, tries to woo them and another small party, the liberal NEOs, to form a partnership.

Another option for Kurz could be to form a coalition with the Social Democrats (SPOe).

Since World War II, either the OeVP or SPOe have always governed, and for 44 years in total the two ruled together, but it was Kurz who ended their last partnership, leading to the 2017 polls.

He has also floated the idea of ruling in a minority government. But this would potentially continue political uncertainty and could even trigger another election.

Either way, negotiations between parties are expected to take months again.

The OeVP-FPOe government imploded in May when two German media outlets published footage filmed secretly on the Spanish resort island of Ibiza, showing Strache appearing to offer public contracts in exchange for campaign help from a fake Russian backer. 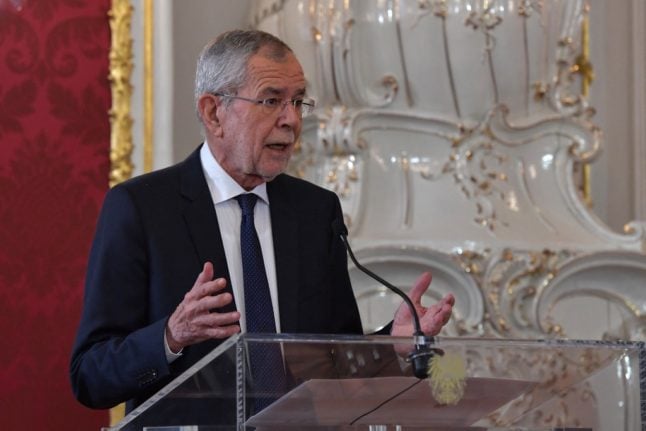 PARTNER CONTENT
US midterms: With a month to go, have you registered to to vote? 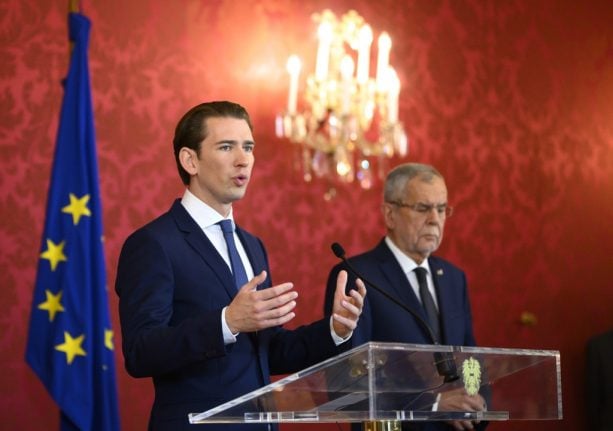 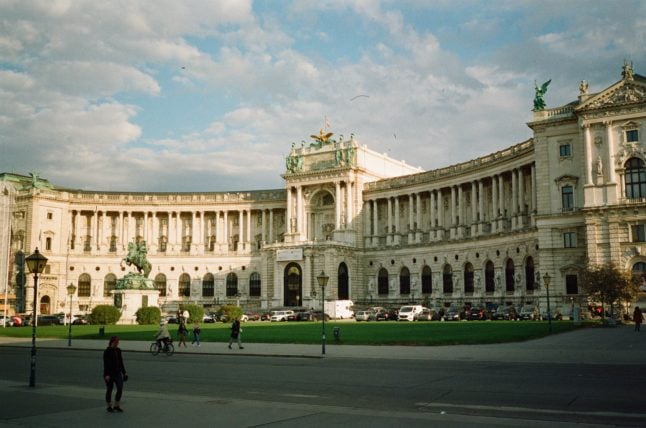 POLITICS
Austrian presidential elections: Who are the seven candidates?

ELECTIONS
EXPLAINED: Where in Europe can non-EU foreigners vote in local elections?
Url copied to clipboard!