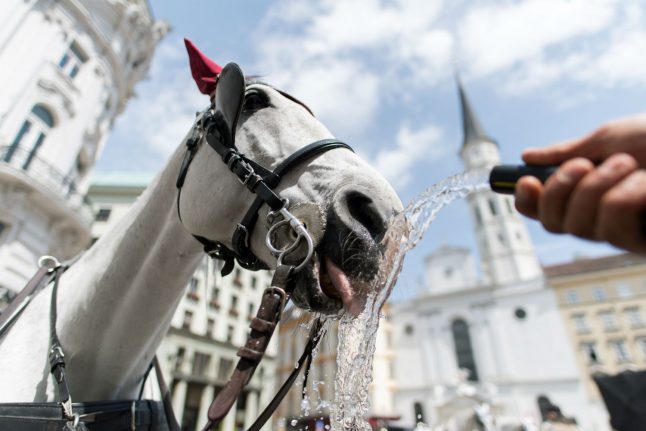 The environment is essential to consider when determining the liveability of a city, and in Vienna the drinking water comes direct from the Alps and half of its urban surface areas are are covered with some sort of greenery.

The efficient public transport makes it easy for residents to access plentiful green spaces and rolling woodland at the city limits. Even the Danube River is on the Metro Line, with a stretch of it opening every every summer for swimming if residents need to cool off.

READ MORE: Vienna “world’s most liveable city” for second year in a row

We’d assume that by calling the World’s Most Liveable City home, the Viennese would be among the happiest and friendliest people in the world. Not quite. According to a worldwide survey of emigrants, Vienna is the 65th friendliest city out of 72, with language barrier cited as a particular difficulty of fitting in.

The Viennese are in fact known for being a pessimistic bunch and for “Schmaeh”, a sardonic sense of humour. They also love a good complain, with the local word “raunzen” an essential skill for becoming accustomed to Viennese way of life.

Though it’s not all doom and gloom, as the latest satisfaction survey released by city authorities in June shows that nine out of ten are indeed “happy” or “very happy” to live in Vienna, with the city’s cultural life and environment being particularly important to the locals.

Unlike in the rest of the country, which is generally more conservative, the left has won every democratic election in Vienna for a century. Therefore in the anticipation of a strong right-wing challenge in the 2020 municipal elections, international praise of Vienna is useful ammunition for the city authorities.

Vienna’s left-wing stance sometimes puts it at odds with the rest of Austria. Sebastian Kurz, Chancellor of the previous right-wing national government, was often accused of “Wien-Bashing”, particularly in respect of the city’s social expenditure.

Unlike in many other cities, Vienna focuses on preventing patterns of inequality and gentrification by limiting the cost of living. As a result, the city’s crime rate is the lowest it has been for almost 20 years. One resident, Barbara Zburny, told AFP that there were “no ghettos” in the city and that “different cultures mix together well”.

The cost of living is near the European average, with 60% of residents living in a property where the rent is capped. Annual travel cards for public transport now outnumber cars in the city as they cost just one euro per day.

Austria has an ambitious plan to become carbon neutral by 2040, but the EU Commission claims the country is not on track to meet its climate neutrality target.

Even when accounting for additional measures, the country still risks falling short of its goal by 9 percentage points, the Brussels authority announced on Monday as part of the European Semester.

One of the major challenges for Austria is reducing transport-related emissions, as the country serves as a significant transit point for transalpine road freight, the EU says.

This includes solutions to connect remote and rural areas to public transport networks, a particularly crucial movement in a country that has several rural villages and towns – and many commuters to larger cities.

READ ALSO: How Austria plans to become carbon neutral by 2040

“Efforts to further decarbonise and electrify heavy-duty vehicles could also be stepped up to curb emissions”, the Brussels commission added.

According to the report, lengthy permitting procedures and underinvestment in the electricity grid are also critical challenges for reaching renewable energy targets.

The commission mentioned that “investment in renewable energy is hampered by complex spatial planning and permitting procedures”.

The process of acquiring the necessary licences for wind power projects, for example, typically takes 6.3 years, according to the report.

This is due to the bureaucracy involved in the division of powers between the federal and regional governments and partly due to staffing problems.

According to the EU commission, the country needs to invest an estimated € 18bn in accommodating the planned expansion of renewable power generation.

DISCOVER AUSTRIA
One day in Vienna: How to spend 24 hours in the Austrian capital
Url copied to clipboard!