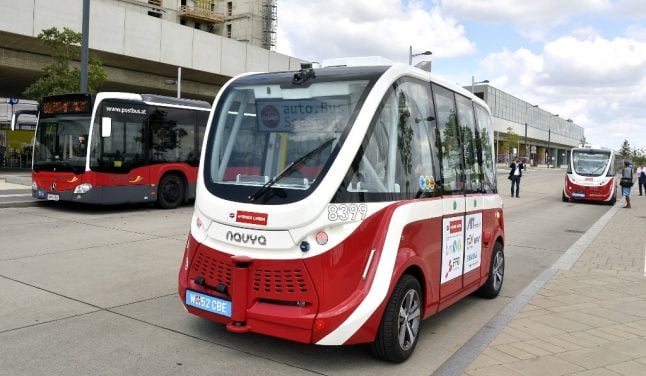 The woman had been wearing headphones and looking at her phone when the accident happened on Thursday, a spokeswoman for the Austrian capital's public transport company said, citing witnesses.

The mini-bus, which travels at no more than 12km per hour and had a supervisor on board as the service was still being tested, stopped by itself after the woman walked into it and emergency services were informed automatically.

The woman, who was around 30 years old, sustained scratches on her knee and was treated at the scene.

“We are investigating how this could happen. Safety is our priority,” the spokeswoman told AFP.

She could not say when the trial would resume.

The tests of the vehicles, made by the French company Navya, started in June in the newly developed suburb of Seestadt Aspern and had been due to run for a year.

The buses had been serving a route of 2.2km comprising 10 stops, one of which was a station on the city's subway system.