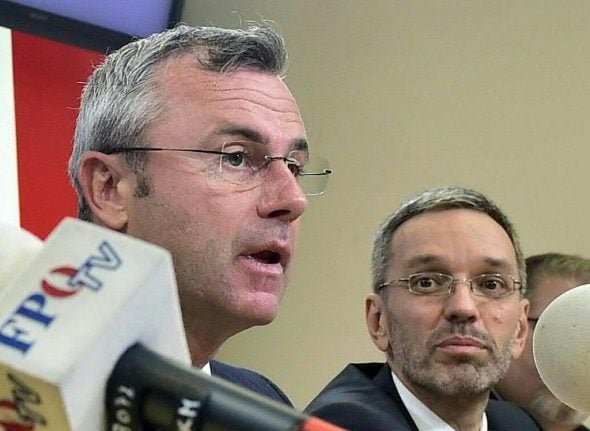 “We will give up our government offices if Interior Minister Herbert Kickl is forced out,” said Norbert Hofer, who is infrastructure minister and head of the far-right Freedom Party (FPOe).

The Kremlin on Monday said the corruption scandal involving Austria's far-right party that caused the government to collapse has nothing to do with Russia.

“This is an incident that has not and could not have anything to do with us,” Kremlin spokesman Dmitry Peskov told journalists in Russia's first official comment on the scandal.

Strache stepped down as vice-chancellor and FPOe leader after recordings published by German media Friday showed him offering government contracts in return for campaign help to a fake Russian backer in a villa on the resort island of Ibiza.

“It is clear Herbert Kickl cannot probe himself,” Kurz was quoted by the Kurier newspaper on Monday.

He said the recordings were the final straw in a string of FPOe-related scandals.