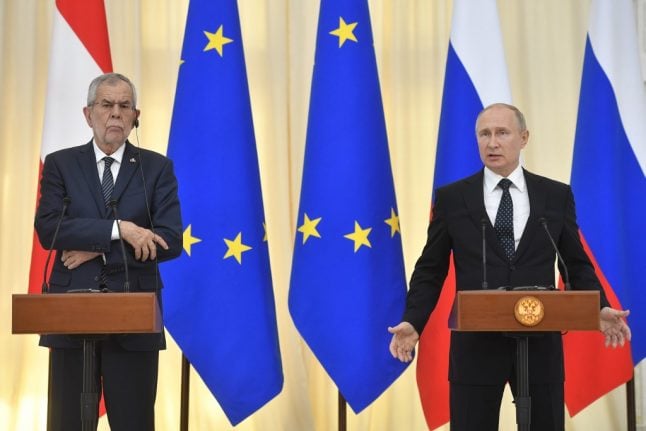 Media reports emerged on Friday alleging that Mr Strache promised public contracts in return for campaign help from a fake Russian backer he met on the Spanish island of Ibiza a few months before 2017's parliamentary elections in Austria.

“You cannot draw a Russian link to this clearly ugly incident based on the existing recording,” Mr Oleg Morozov, a member of the foreign affairs committee of Russia's Upper House and a ruling party lawmaker, told RIA Novosti state news agency.

“This could be a staged provocation. Or some incident to do with corruption that no state may be behind at all,” he suggested.

“Good relations with Austria are too dear to Russia to squander them on such movie-style thrillers,” he added.

An expert at the Institute of Europe of Russia's Academy of Sciences, Mr Alexander Kamkin, told RIA Novosti that the situation could be described as “an information terror attack”.

Austrian Vice Chancellor Heinz-Christian Strache was shown in the video meeting a woman posing as a Russian oligarch's niece in 2017, and apparently offering to funnel state contracts towards a company in exchange for political and financial support.

“Once again there is the same hysteria about the hand of Moscow – a standard scare story,” Mr Kamkin said. “We are dealing with a well staged provocation, a trap, that Strache, a fairly experienced politician, fell into.”

Mr Strache's Freedom Party (FPOe) is seen as close to Russia and has a cooperation agreement with the ruling United Russia party that backs Mr Putin.