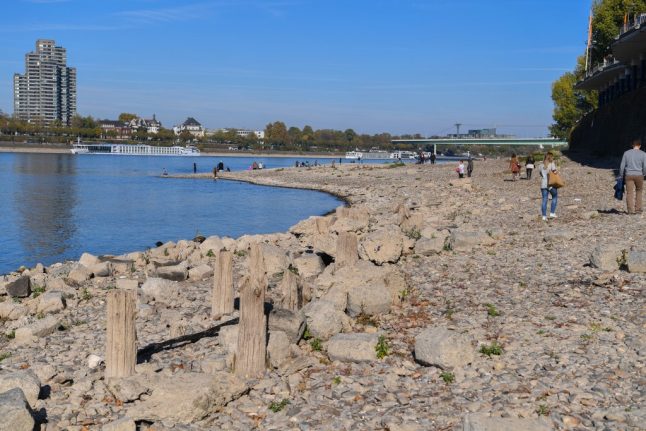 In Austria, the first signs of drought have already appeared in the east and north, raising fears of another bleak harvest.

Rainfall is already down to just a quarter of the 10-year average in recent weeks.

Potato growers are demanding a relaxation of pesticide regulations to better control numbers of wireworm, which they say are flourishing because of drought.

Unless significant rain falls in May, experts say there is little chance of decent crops.

“If the dry weather continues in the coming months, the drought of 2018 could be repeated or even exceeded,” warned Udo Busch, head of the German weather service's agricultural section.

A lack of rain has turned some forests into potential tinderboxes.

Over the past few days, German firefighters have tackled blazing forest fires in the states of Hessen, Brandenburg and Thuringia.

A senior fire chief has even asked authorities, including the army, to lend helicopters in order to “react adequately”.

Scandinavia has also been hit, with Swedish firefighters currently tackling 10 to 15 forest fires a day after precious little rain this month.

The most serious blaze broke out over 300 hectares (740 acres) in the southern district of Hassleholm, forcing 49 people to be evacuated.