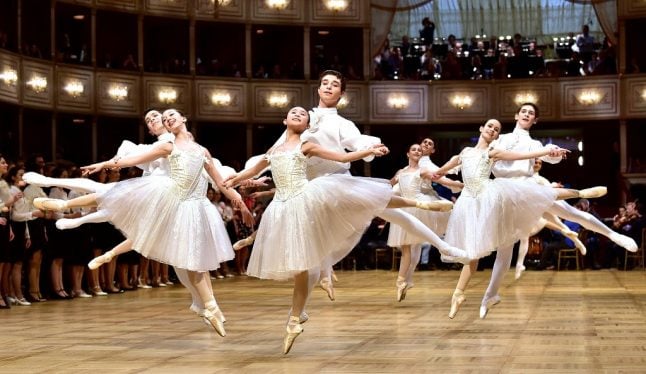 The weekly Falter newspaper published findings of a detailed investigation which it said exposed “19th century” methods inflicted on students, illustrating the piece with a photo of the bloodied feet of a student after a day's training.

Created in 1771, and currently with 110 pupils aged between 10 and 18, the academy is one of Europe's most prestigious and attracts applicants from across the world.

Falter reported that the allegations are being investigated by prosecutors responsible for child protection.

The State Opera's French director Dominique Meyer told Austria's ORF TV station that he wanted a “full explanation of everything that has gone wrong in this school”.

He said that the teacher targeted by most of the allegations had  been fired in January.

The teacher, whose name was not published, was of Russian origin and had practised “sadistic” methods on her students, according to Falter.

A former star dancer, Gabriele Haslinger, told the paper that the teacher in question had brought “Soviet drills and Tsarist teaching methods” to the State Opera.

The investigation alleges students were hit, scratched until they bled, pulled by their hair and humiliated over their physiques, with some developing anorexia.

It says students were offered no support to ensure their psychological or nutritional well-being.

Meyer told ORF that the teacher at the centre of the row had been verbally warned about her conduct two years ago.

“For a few months things were better but then she fell back into her old habits,” Meyer said, adding he blamed himself for not firing the teacher sooner.

One student also brought an accusation of sexual assault against another teacher, who has been suspended while an investigation takes place.

On its internet site the State Opera's ballet academy says that it takes “particular care over students' physical and emotional well-being” and says it offers a “positive learning environment”.

The academy boasts alumni who dance for some of the world's most famous companies, including London's Royal Ballet, St Petersburg's Mariinsky and New York's American Ballet Theatre.

The scandal will tarnish Meyer's record at the head of the State Opera, which he is due to leave next year after 10 years as director.

He is one of the candidates to become the next director of the Paris Opera.