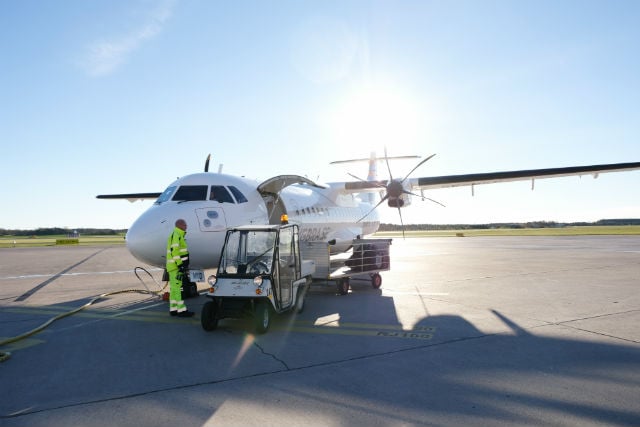 Despite significant advances in technology over the last ten years, biofuel – which is derived from renewable plant and animal materials and emits 80 percent less carbon than fossil fuels – has retained a near-mythical quality.

It’s time for that myth to be dispelled, says Lena Wennberg, Head of Environment at Swedavia, Sweden’s largest airport operator. “There are already Swedish domestic airlines offering flights using biofuel,” she told The Local. “Like BRA for example. All you have to do is tick a box, and for an extra SEK 300 ($34), you have an hour of biofuel.”

With most of Sweden’s domestic flights clocking in at around an hour, sustainable options are available for environmentally-conscious flyers.

Swedavia, which operates ten of Sweden’s airports – including two of the country’s largest, Stockholm Arlanda and Göteborg Landvetter – is at the helm of what some are calling a ‘biofuel revolution’. Leading by example, it already uses biofuel to cover around 15,000 of its own domestic business flights each year. Now that biofuel is ready for commercial production, the operator is ready to scale up. Significantly.

“Our goal is for our own activities to become fossil free at all of our airports by 2020,” says Wennberg. “By 2025, all flights are to be refueled with 5 percent biofuel. And by 2030, all our domestic flights will be fossil free. All of our airports have been carbon neutral since 2006 – we compensate by buying carbon offsets that ensure carbon emissions are being prevented at other sites.”

These are challenging targets. To put them into perspective, Norway – presently the world leader in sustainable air travel – aims that all flights will contain a minimum of 0.5 percent biofuel in 2020.

But Wennberg is keen to point out Sweden is making serious headway.

Swedavia’s success in reducing carbon emissions has attracted keen attention from Singapore’s Changi Airport. In 2018, the operator received a visit from representatives of the airport, airline and the Government of Singapore. “It's very interesting to see such a strong delegation from the aviation sector, coming just to have a look and see how it works,” says Wennberg.

It seems people want to know: how is Swedavia – how is Sweden, doing it. Of course, along with intrigue, comes skepticism. For many, while Sweden has the technology, the challenge still remains: how to produce biofuel in large enough quantities at an affordable price. Biofuel may have lost its mystique, but who’s going to pay for it?

“Airports and airlines don’t have the margins to pay for biofuel,” says Maria Fiskerud, who is currently a Project Manager for the Research Institute of Sweden (RISE), adding: “It’s too expensive at the moment.”

She explains that the traditional value chain doesn’t support bringing a new product like biofuel to market.

But that was four years ago. Recently, Fiskerud says, advances in biofuel technology and the challenge of global warming is inspiring a new way of doing business within the aviation industry.

The Fund, set up in 2015, allows individuals and companies to purchase biofuel for all or part of their flight. Although costs vary slightly and include a 25 percent processing fee, depending on your agreement biofuel flights can cost as little as SEK 100 ($11). The average one hour flight is SEK 400 ($45). Of that money, 75 percent goes on the biofuel itself, while 25 percent goes into further research and development for biofuel production.

The Fly Green Fund website advises that the exact cost of biofuel can’t be confirmed exactly until after purchase, as the market is ‘still immature’. But for Fiskerud, that’s the whole point.

“We want the end user to help us develop and help us with the innovation. Instead of doing something that the end user might not really want.”

The Fund essentially gives customers the power to express their demand and stimulate market growth. In short, if you want to fly sustainably, you can.

Fiskerud has since moved on to a new project, working for one of Sweden’s most innovative research institutes – RISE. But this time her focus isn’t on driving the market. She’s looking to galvanize the aviation sector from within.

“We’re bringing together as many people from across the industry as we can,” she says. “We want to complement the work being done by the Fly Green Fund – getting everyone under one roof, and to come to the table with real solutions.”

The ‘Innovation Cluster’, which will be launched in spring together with SAS and Swedavia, aims to do away with the traditional value chain completely – in favour of something more collaborative. “We’re building an ecosystem,” Fiskerud explains, “in which we all have to rely on each other. And we have one goal: to get production up and running.”

Currently, Sweden imports its biofuel from California, a cooking oil-based solution from SkyNRG. But, thanks to the research led by Luleå University, Sweden is now in a strong position to start producing biofuel in-house.

“We have more than a large enough feedstock potential from the forests to sustainably produce biofuel for domestic and international flights in Sweden,” says Fredrik Granberg, project manager at Luleå University. “This is not just another pre study. This is something we can do now.” Granberg is clear that Sweden does not have the forest feedstock available to replace all fossil energy used today in the transportation sector. However, he says, the production potential from a feedstock combination of biomass and renewable electricity is very interesting.

“If we want to do it in a sustainable way for the future, then we need to do it in a smart way. And really try to maximize the forest's value. There’s a lot of work going on to make our processes more efficient.”

But for those who emphasise that reducing carbon emissions is a global challenge, what about flights outside of Sweden?

Other countries are indeed looking at the possibilities of their own feedstock. In the UK, for example, the focus is not on the forest, but on residues produced from waste.

Some see biofuel as being a bridge to other forms of sustainable air travel – it isn’t the only opportunity to reduce emissions. “Electrical power for example,” says Maria Fiskerud. “People talk about it like it’s science fiction, but Norway has just bought its first electrical plane.”

“People are saying that the best way to reduce emissions is to stop flying,” says Lena Wennberg. “But flying is so many good things for so many people. It brings adventure, creates connections – the world is getting smaller and that is a good thing. I don’t think stopping flying is the answer. I want to offer a hopeful message.”

Supporting that message, is an equally hopeful trend. While 859 million tonnes sounds like a huge number, this actually constitutes just 2 percent of the world’s global fossil carbon dioxide emissions. And in the last forty years alone, air travel has become 70 per cent more fuel-efficient.

With booming economies in large developing countries like China and India, it seems unlikely (and unrealistic) that air travel will lessen; however, with climate-friendly options like biofuel becoming more widely available, people can travel with a clean conscience.

This article was produced by The Local Creative Studio and sponsored by Swedavia. 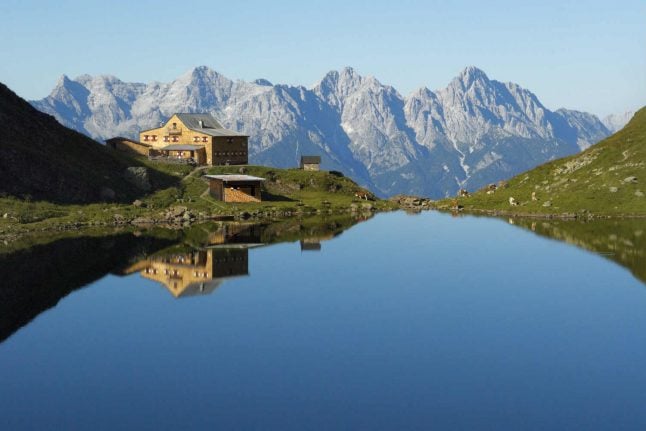 The incoming government in Vienna, a coalition between conservatives and greens, has vowed to make Austria a front-runner in climate protection by beating the EU-wide target of carbon neutrality by 2050.

“It is impressive to see that Austria has set itself the goal of being climate-neutral by 2040,” von der Leyen said as she met Chancellor Sebastian Kurz for talks in Brussels.

“I hope that the Austrian model with these ambitious goals will set an example for us.”

Austria has pledged to get all its energy from renewable resources by 2030 and to invest more in public transport but the government faces a tough task.

Renewable energy already accounts for about a third of Austria's consumption, almost double the EU average.

The leaders of the 28 EU states agreed last month to the target of making the bloc carbon neutral by 2050 but the deal was undermined by Poland refusing to implement the aim.

The EU's climate monitor warned this week that 2019 was the second hottest year ever recorded as world leaders struggle to get a grip on the environmental crisis.