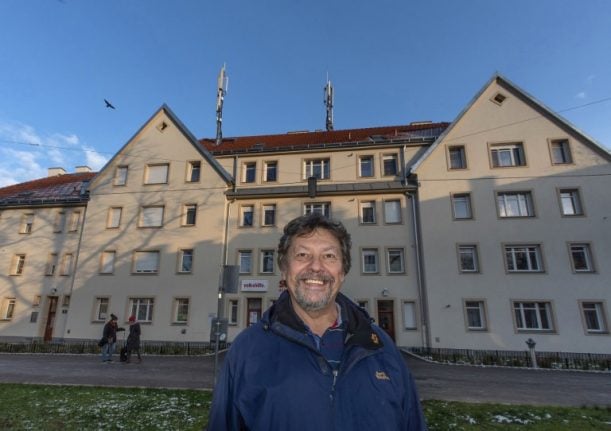 Wolfram Mack, 72, a resident of Vienna's one of the oldest community owned apartment building, Schmelz, is pictured in Vienna, Austria on November 28, 2018. Photo: AFP

Vienna is this week hosting a conference on affordable housing, where the experts can take a close look at the city's much-vaunted public housing model for themselves.

Wolfgang Mack, a 72-year-old pensioner, is a proud tenant of the city's oldest social housing project in the 15th district, just 15 minutes from the historic centre.

While social housing may bear some stigma in other countries, Mack's estate boasts tidy green spaces and well-kept facades, as well as easy access to public transport and other amenities.

And because Mack has been a tenant for several decades, his monthly rent amounts to just €300 ($342) for a 90-square-metre apartment — a bargain even by the standards of Vienna's social housing.

“I ask myself how people manage to live in other big cities,” Mack says.

In fact, the average rent in Vienna is just 9.6 euros per square metre, to the envy of other big European metropolises.

According to a recent study by Deloitte, the equivalent figure stood at €13 per square metre in Prague, over €17 in Copenhagen and Barcelona, and an eye-watering €26 in Paris and London.

Vienna's extensive stock of social housing is one of the reasons why it remains so affordable, says Karin Ramser, head of Wiener Wohnen, the centrepiece of city's public housing policy.

“The fact that our market is not entirely in the hands of the private sector is generating more and more interest,” she says.

According to official figures, around 60 percent of the city's 1.8 million inhabitants live in a property owned either publicly or by housing associations.

And in both cases the rent is capped, which experts say helps act as a brake on prices in the private sector too.

Mack's estate — and his own family story — reflects the pioneering role Vienna played in the development of social housing.

“My grandmother came to live in this estate in 1923, I was born here and my daughter has just moved in too,” he says.

That is typical of generations of particularly working class Viennese who have benefited from the social housing policies of successive left-wing administrations since World War I, earning the city the sobriquet of “Red Vienna”.

Between 1923 and 1934, the city's social-democratic municipal governments built more than 60,000 housing units, making Vienna a showcase for the latest innovations in public housing.

The left came back into power after World War II and has ruled the city ever since. And that has had positive effects, according to Yvonne Franz, researcher at Vienna University's geography department.

“Lots of European cities have gradually sold off their housing stock because they see the upkeep costs as a burden on the public purse, but Vienna has taken the opposite view,” she says.

Wiener Wohnen owns around 220,000 housing units — a quarter of the city's entire stock — making it the biggest public landlord in Europe.

A further 200,000 units are owned by associations who agree to cap rents in return for public subsidies.

Spending on housing and other aspects of urban planning is financed by a nationwide tax paid by all businesses and employees.

However, the Viennese model is not without its problems.

One point of controversy is that rental contracts for subsidised housing are awarded virtually for life, regardless of any changes in the tenant's status or income, and can even be passed on to relatives.

The European Commission has criticised the system for distorting competition, but municipal authorities have stood firm, arguing that it preserves the city's social mix.

Mack says the residents on his estate come from “very different backgrounds”.

Many tenants have only modest incomes but even the better-off residents “don't want to leave because life is so good here,” he says.

That social mix may be harder to sustain in future as Vienna's population booms — 100,000 people have moved to the city in the past three years alone, and the population could pass the pre-World War I peak of two million before
2030.

In the private sector, rents rose by 42 percent between 2008 and 2016, with land speculation “making it more and more difficult, if not impossible, to build affordable housing,” says Karl Wurm from Austria's federation of housing associations.

If developers want to receive public subsidies, the rent for two-thirds of their new units cannot exceed five euros per square metre.

The city authorities hope the measure will stimulate a new “housing revolution”.

But the right-wing opposition condemned it as “dirigiste” and “retrograde socialism” which would discourage private investment. 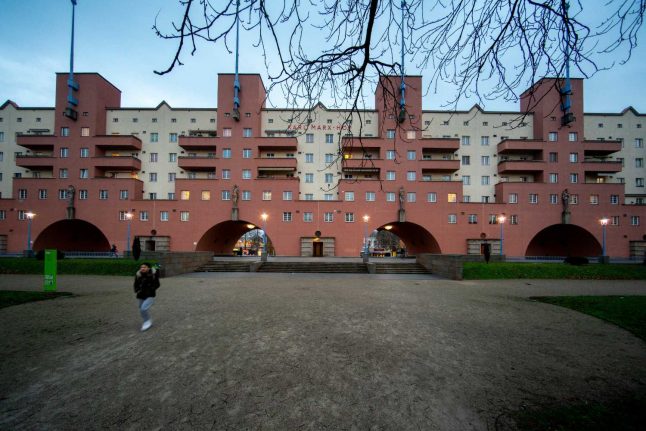 HOUSING
Vienna: Number of ‘affordable apartments’ has halved since 2013 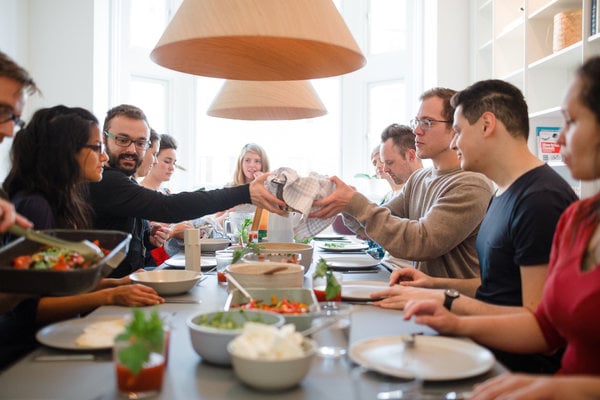