Run in partnership with Stockholm's investment promotion agency Invest Stockholm, the multi-channel 'A Woman's Place' initiative features a series of articles and podcasts produced by The Local's in-house Creative Studio. Each piece of native content promotes Stockholm as a gender equal city where women can achieve their professional and personal potential.

“The time is right for an initiative like this,” says The Local's Commercial Editor Sophie Miskiw. “In the wake of #MeToo, Invest Stockholm wanted to show that efforts are taking place in the city to make it a more equal place for both men and women. We've used real stories to illustrate these efforts and share them with an international audience.”

Since launching the initiative on March 8th, 2018 (International Women's Day), The Local's Creative Studio has produced three articles and seven podcasts which have generated over 9.6 million social impressions.

Invest Stockholm has also called on Stockholm-based companies to declare themselves 'A Woman's Place', publicly confirming their commitment to gender equality. To date, 94 companies including unicorns Spotify, Klarna and iZettle have joined the initiative.

“The Local's readers are very value-driven, so this initiative really speaks to them. The series comes alive through real stories, real people and real values – and that's why it is so successful,” says The Local's co-founder and CEO James Savage. “We look forward to continuing the initiative and seeing how far we can take it.”

To find out more about advertising on The Local, whether you're based in Stockholm or any other cities around Europe, email a member of our team, or call +46 8 656 5019. 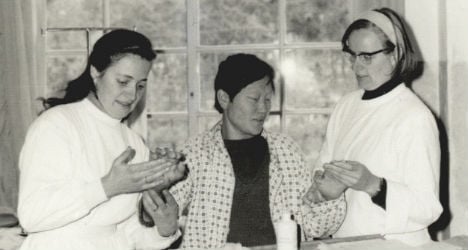