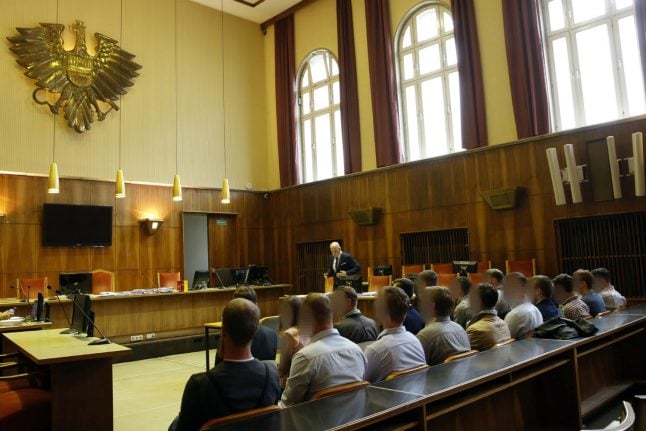 On trial are 10 leaders and seven members of the hard-right nationalist Identitarian Movement of Austria (IBOe) who have been charged with incitement to hatred and damaging property as well as provocative behaviour aimed at spreading racist ideology.

Prosecutors notably cited an incident in 2016 when they broke into the local branch of the Green Party in Graz and unfurled a banner on the roof reading: “Islamisation kills.”

A year later, they carried out a similar stunt on the roof of the Turkish embassy in Vienna, unfurling a banner addressing Turkish President Recep Tayyip Erdogan, which said: “Erdogan, take your Turks home.”

Prosecutors have accused the group of “profiting from the growing fear within Austrian society of radical Islamist terror attacks to link Islam in general to Islamist terror and Muslims to potential terrorists.”

Since December, Austria has been governed by a right-wing coalition made up of the conservative Austrian People's Party and the far-right Freedom Party (FPOe).

Although FPOe leaders have on occasion spoken out against the actions of the IBOe, several media outlets have documented links in some areas between the two.