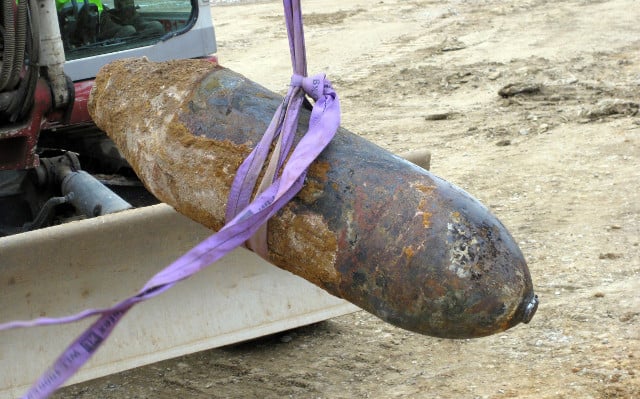 First to go up at the Allentsteig military training ground was a 500-kilo bomb dropped by a US aircraft in World War II and three tons of hand grenades.

Earlier this month German authorities had to evacuate thousands of people after a World War II bomb was found near Berlin's main train station.

Last year, 11 tonnes were recovered from Austrian lakes and rivers and 659  kilos in the mountains dating from fighting between Austrian and Italian  troops in World War I.

“Hand grenades can turn up a metre away from a path in the middle of  Vienna,” said Werner Tobisch from the EMD bomb disposal authority.

It blows up ordnance twice a year at Allentsteig — also home to a large  World War II German military cemetery — north of Vienna.

Local wildlife has become used to the noise, with rabbits returning to  hopping around several minutes later, Tobisch said.

The start of the two-day operation on Wednesday was watched at a safe  distance in a bunker by Austria's defence minister, journalists and others.

Debris landed up to 1,000 metres away, craters as deep as five metres were left behind and the shock waves could be felt in the  bunker, the Austria Press Agency reported.