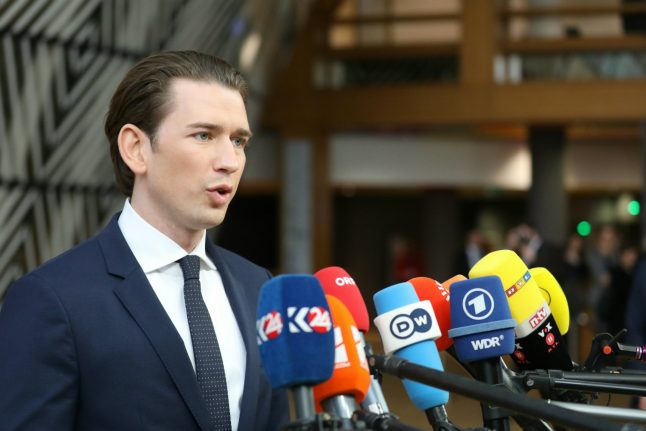 Any campaign events would “not be welcome” and would not be allowed, Kurz said in an interview with Ö1 radio.

“The Turkish leadership under Erdogan has for years tried to instrumentalise communities of Turkish origin in Europe; this has been the case for Erdogan's campaign events and those of his supporters,” Kurz said.

The election will hasten the transition to a new presidential system — which critics fear will mark the start of one man rule — due to come into force after the polls.

Kurz said any campaign events could be banned using changes to the law on public gatherings passed last year.

These gave the authorities the power to ban assemblies which “serve the political activity of third-party nationals” or which harm Austria's interests.

Any rallies planned by the opposition would also be banned, he said, in order to avoid what he called Turkey's “inflamed atmosphere being brought into Austria, because it's bad for our coexistence in this country”.

Last year, relations between Turkey and several EU member states, including Austria and Germany, were strained after they banned rallies ahead of a constitutional referendum won by Erdogan, granting him sweeping new powers.

In July, Austria barred Turkey's Economy Minister Nihat Zeybekci from entering the country to attend a rally marking the anniversary of the 2016 failed coup attempt in Turkey.

The foreign ministry said at the time that the appearance would have represented a “danger for public order”.

Some 360,000 people of Turkish origin live in Austria, including 117,000 Turkish citizens. Many are believed to be Erdogan supporters whose votes helped him win the referendum.