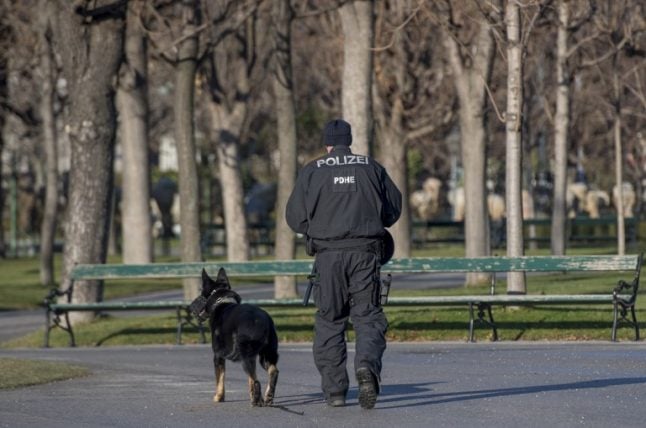 File image of a police officer patrolling in Vienna.

The victims were an Austrian family; a 67-year-old father, 56-year-old mother and their 17-year-old daughter. They were taken to hospital with life threatening injuries, police said.

The attack took place on the large shopping street of Praterstrasse, near a subway stop in the Austrian capital.

The police spokesman said the unidentified knifeman was being hunted by officers, and that the motive and exact circumstances were as yet unknown.

Police reported that a 20-year-old Chechen victim also suffered life-threatening injuries in another knife attack, committed shortly after and in the same area as the attack near the metro.

Police arrested a 23-year-old Afghan suspect after the second attack, at Praterstern, but have not established if there was a link, broadcaster ORF reported. 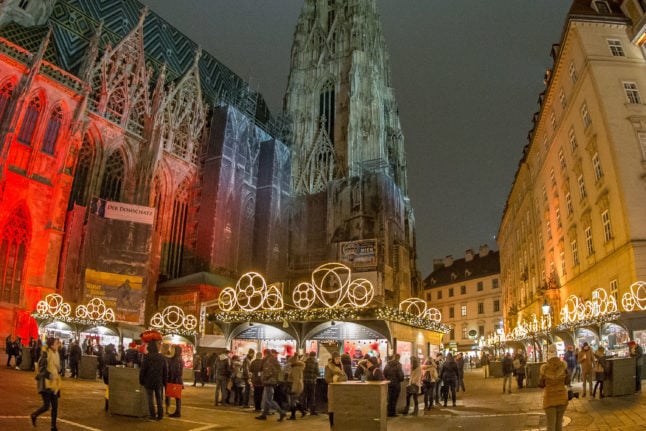