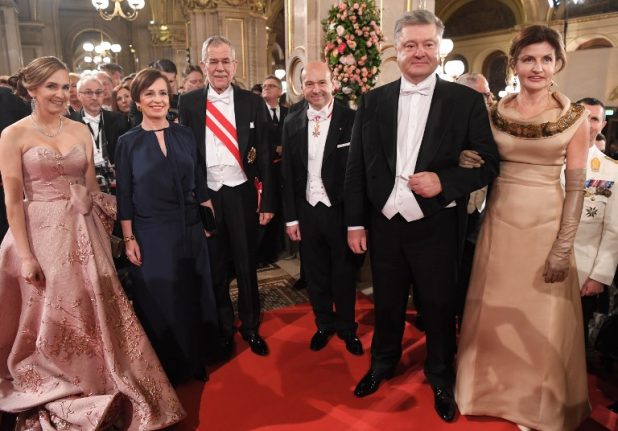 The woman, with “Poroshenko get the fuk out” written on her torso, shouted slogans as she was dragged away by several burly Austrian policemen while bemused ball goers looked on in their elegant outfits.

Ukrainian President Petro Poroshenko was one of several thousand guests at the Opera Ball, a highlight of Vienna's enduringly popular season of winter
waltzing and tradition.

As every year, the evening at the glittering Vienna State Opera was opened with a dance by 150 “debutants”, the women in snow-white gowns and the men in white tie and tails.

This year organisers gave a nod towards diversity to the event, which also includes performances of opera arias and ballet, with the participation of a
couple with Down's Syndrome.