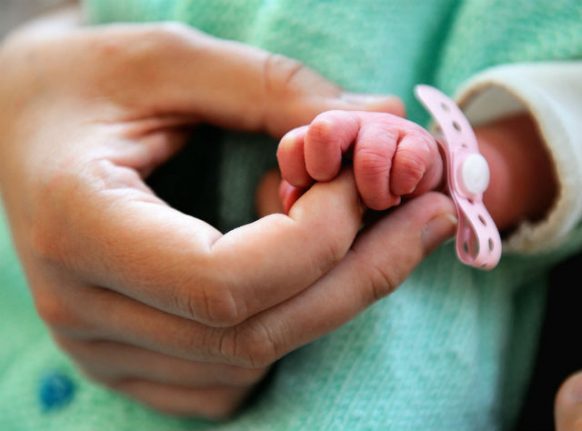 The birth of Asel, hailed in the press as “the first Viennese baby” of the year, sparked a wave of racist comments on the internet as the mother was seen wearing an Islamic veil.

In response, the Catholic charity Caritas, which works with migrants and refugees, launched a campaign of support for the infant and her parents, Naime and Alper Tamga.

“It is a completely new dimension of online hate, targeting an innocent newborn,” said Klaus Schwertner, head of Caritas in Vienna. “That crosses a red line.”

Schwertner said the Facebook page was probably targeted in a concerted campaign to get it taken down and called on Facebook owner Mark Zuckerberg to reinstate access.

“We want to show that love is stronger than hate, on Facebook just as in real life,” he said.

The hateful messages come amid tensions in Austrian society over the migrant influx to Europe and Islam.

One of the hostile messages to the baby's family referred to the new far-right interior minister Herbert Kickl, saying he “is going to send you out of the country. He's the man to do it.”