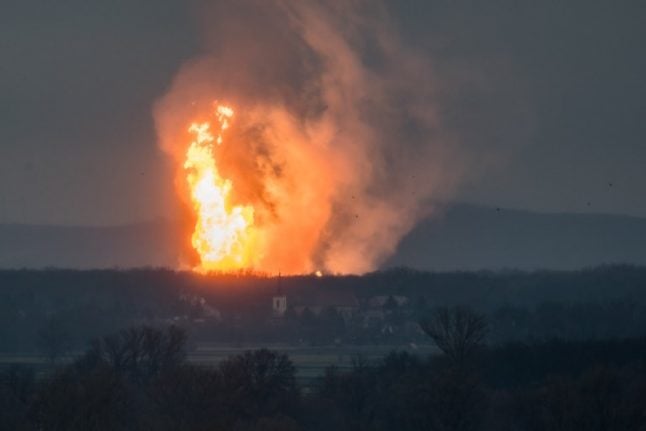 The site of the December 12th blast. Photo: AFP

The explosion at the Baumgarten site on Tuesday killed one person and left 18 others injured, including one seriously. The cause is currently being investigated.

The compressor station in eastern Austria is one of Europe's main entry points for Russian gas and pumps it onwards to other countries including Italy and Germany.

On Tuesday, Italy declared a state of emergency for its gas sector and said it would tap its reserves to ensure that customers were not affected.

The incident sent European energy prices higher on concerns about winter gas and oil supplies as it suffers a cold snap and other infrastructure problems.

On Monday, one of Britain's most important North Sea oil pipelines was closed because of a crack, and supply from a major Norwegian gasfield was cut due to a power cut.

Stindl said that the cause of the blast might have been new equipment. He said that this was Baumgarten's first ever accident in 50 years of operation.