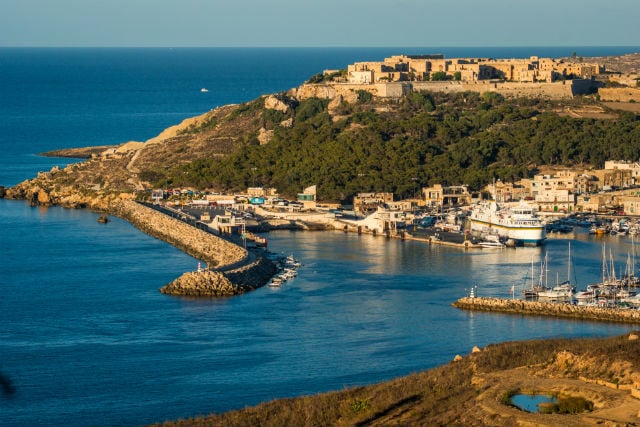 One of many things you probably don’t know about Malta is that it’s an archipelago. Granted, it’s a small archipelago made up of just three islands: Malta, Gozo, and Comino. But when each is as rich with natural beauty and history as the Maltese islands are, three is more than enough.

Planted in turquoise Mediterranean waters, just 90 kilometres south of Sicily and 300 kilometres north of Africa, Malta is a secluded gem with old-world charm. What’s more, with 300 days of sunshine a year and an average temperature of 23 degrees Celsius, it’s a year-round destination.

It’s also an eclectic spot with something for everyone. And we mean everyone. From sun-seekers to history buffs, water sports fanatics to self-confessed foodies.

With megalithic temples older than the Pyramids and Stonehenge (and claimed to be the oldest free-standing structures on Earth), 365 churches and chapels built from the 11th century onwards, spotless beaches, trendy restaurants, hip bars, and a climate that’s been voted “best in the world”, it’s hard to find a single place that offers more.

Find out more about Malta and start planning your trip

Holidaymakers searching for sun can unwind on stretching shorelines bordered by crystal clear seas. Sailing, snorkelling, windsurfing and scuba diving, among other water sports, are on offer, so you can spend a day at the beach even if you’re not a sun worshipper. Among Malta’s many virtually untouched beaches are Ghajn Tuffieha, a narrow stretch of golden sand that appears to have been frozen in time 2000 years ago; the Blue Lagoon on Comino, a picture-perfect spot with cyan water and breath-taking views of the archipelago; and the red sands and lush greenery at Gozo’s Ramla Bay.

There are ferry terminals on all the islands so you can hop about the archipelago and soak in a view of the vast open ocean along the way. Ferries run all year round and take approximately 20 to 40 minutes each way, so you can easily explore all three islands.

After a day in the sun, you’ll be faced with the challenging task of picking where to eat at one of the many restaurants serving local and international cuisine. And wherever you’re staying — whether St. Julian in the north or Birzebbugia in the south — you’ll find a menu to suit your taste.

Order the catch of the day, share a freshly baked pizza, or try traditional Maltese dishes including rabbit stew and widow’s soup, a hearty hotpot with lumps of fresh goat’s cheese.

Dine at one of Malta's many cafes and restaurants. Photo: © viewingmalta.com

The country’s potential as a party destination hasn’t gone unnoticed. For the past three years Ibiza favourite Annie Mac has chosen Malta to host her pre-summer event, Lost & Found Festival, held each year in May. It’s lured in a whole new type of tourist and spurred on the country’s ongoing efforts to rival popular destinations like Barcelona and Croatia.

But it’s not all beaches, restaurants, and bars. For those of you who like your sunshine holidays with a side of city break, Malta is proof you can have both. Although it’s been independent since 1964, everywhere you look you see well-preserved evidence of the several civilisations that have inhabited Malta over the past 7,000 years.

Previously, Malta was a naval base for a succession of superpowers, including the Phoenicians, Romans, Normans, and British, to name just a few. For lovers of culture, this is perhaps one of Malta’s most alluring qualities.

The blend of customs left behind is evident everywhere. From the cuisine (a mix of rustic Mediterranean dishes) and the local language (descended from an extinct variety of Arabic with Italian and French influence — although English is also widely spoken), to the architecture (a combination of styles from Siculo-Norman to Baroque and neoclassical) and the art (including several Caravaggios painted by the Italian artist during his 15-month stay on the island).

The waterfront in Valletta. Photo: © viewingmalta.com

Its capital city is among the three Maltese sites inscribed on the UNESCO World Heritage List. Valletta, known locally as “Il-Belt”, was built in the late Renaissance period and is awash with cultural and historical features. It’s no surprise the city has been named 2018’s European Capital of Culture.

Since earning the title in 2012, Valletta has received a facelift, including the regeneration of Is-Suq tal-Belt, an indoor market built in the 1860s under British rule. Many of its ancient palazzos have also undergone a transformation and are now stylish boutique hotels and apartments.

With all this going on, it’s no wonder Malta likes to retain an air of mystery — although this gem in the Mediterranean won’t stay hidden for much longer. Visit the country’s official tourism page to find out more and start planning your trip.

This article was produced by The Local Client Studio and sponsored by Visit Malta. 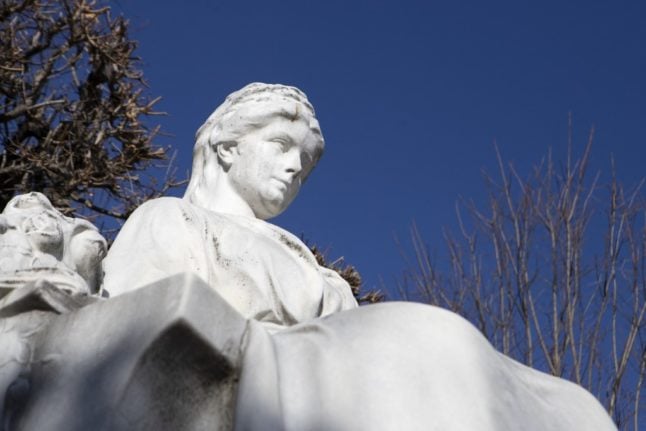 Now a movie and two new series — including one being made for Netflix — are set to reignite the fascination with Empress Elisabeth, who was popularly known as “Sisi”.

The film, “Corsage”, premieres at the Cannes Film Festival on Friday while the series, “Sisi” — which covers her early life and turbulent marriage to Emperor Franz-Joseph — is streaming in Germany on RTL+ and is broadcasted in Austria on ORF.

It has already raised eyebrows there with its frank depiction of the young empress’ sexuality while garnering favourable reviews from critics.

The series’ Swiss-American star Dominique Devenport told AFP that part of the upsurge in interest in Sisi is a desire “to find more female narratives”. 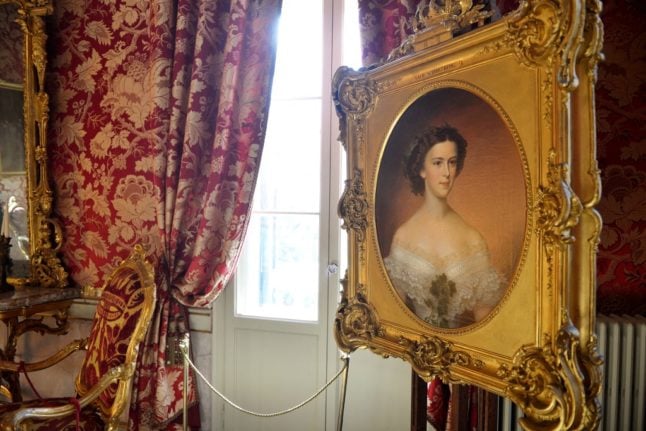 She may have been one of the most famous women of the 19th century, but Devenport said Sisi’s life was “full of extremes, full of pain”.

Devenport said the questions she asks of herself in the series are ones many young people today can relate to: “How can I stay myself; what decisions do I make, how do I keep up with what is expected from me?”

The rival Netflix series, “The Empress”, is still in production, with release slated for later this year.

Historian Martina Winkelhofer said Sisi was “one of the first very famous women in Europe”.

“You have to consider that she came into Austrian history at the beginning of mass media,” she said. 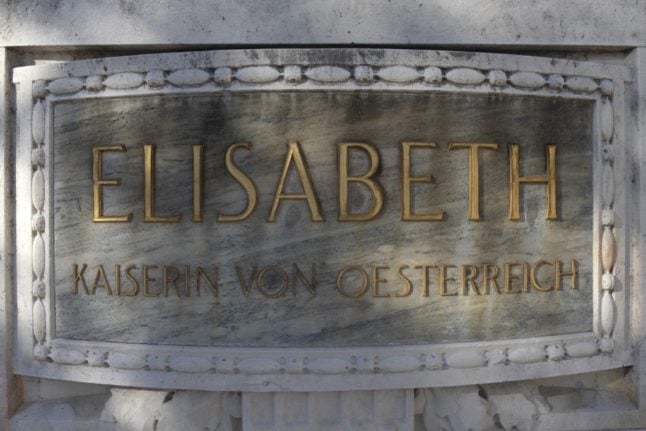 The inscription on the monument to Empress Elisabeth of Austria, popularly known as “Sissi” in the Volksgarten (People’s Garden) in Vienna. (Photo by ALEX HALADA / AFP)

The advent of photography turbocharged her fame — “suddenly you had the wife of an emperor who you could really see.”

With the current thirst for stories with strong female characters, it was no surprise that Sisi’s story would be revisited, Winkelhofer argued.

Sisi was also obsessed with her own image, and her figure. In the elegant 19th century Hermes Villa on the outskirts of Vienna where the empress spent some of her later years, curator Michaela Lindinger pointed to the exercise equipment which Sisi used in an effort “to keep young really until her last day”.

Vicky Krieps, the acclaimed Luxembourg-born actress who made her breakthrough opposite Daniel Day-Lewis in “Phantom Thread”, plays this later Sisi in “Corsage”, withdrawing from her husband and from life at court.

In Sisi’s bedroom, a gloomy statue entitled “Melancholia” is a sign of the sadness that overcame her after the suicide of her son and heir to the throne, Crown Prince Rudolf, in 1889.

Traditionally, however, it has been the fairy tale aspect of Sisi’s life that has drawn attention and made sites like Vienna’s Schoenbrunn Palace among Austria’s most popular attractions.

Sisi has become a representation of Habsburg glamour far beyond Austria’s borders, and is a particular cult figure in China. 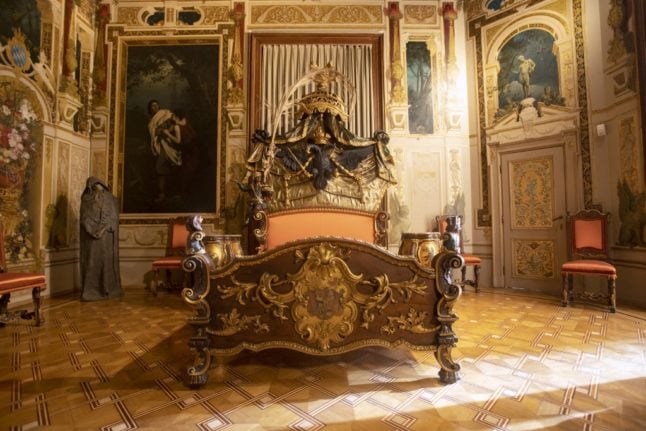 Picture taken on January 21, 2022 shows the original bedroom of Empress Elisabeth of Austria, popularly known as “Sissi”, in the exhibition in the Hermes Villa in Tiergarten in Vienna where the empress spent some of her later years. (Photo by ALEX HALADA / AFP)

Indeed, Andreas Gutzeit, the showrunner of the series “Sisi”, said he got the idea to revisit the story after watching the trilogy of 1950s films in which the empress was portrayed by Vienna-born actress Romy Schneider, whose life was also a high-octane mix of glamour and tragedy.

The many different facets of the empress’ life mean that “in each period, you have your own Sisi”, insisted historian Winkelhofer.

“You can discover a new woman in each lifetime,” Winkelhofer said.