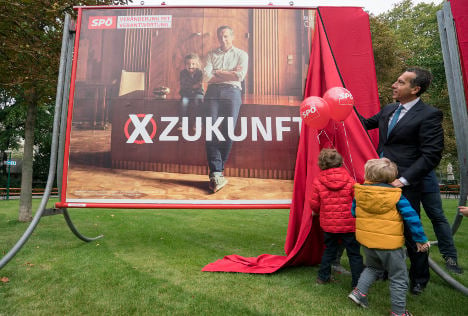 The resignation of Georg Niedermuehlbichler, the party's chairman and election campaign manager, is more bad news for Prime Minister Christian Kern with the Social Democrats already trailing in the polls to Sebastian Kurz's People's Party (OeVP) conservatives ahead of the October 15th vote.

Niedermuehlbichler's departure follows revelations in the Austrian media of a smear campaign against Kurz which involved two websites making unsubstantiated allegations against the 31-year-old foreign minister.

According to the Die Presse daily and Profil weekly, the operation was run by a former consultant of the Social Democrats and a member of Niedermuehlbichler's campaign team was also involved.

The SPO leadership has always denied any involvement in the online media campaign. Niedermuehlbichler himself repeated on Saturday that the party “neither ran, financed or administered” the websites in question which he described as “horrible” due to xenophobic and antisemitic comments posted.

He nonetheless stood down accepting “all responsibility”.

Kern's Social Democrats and Kurz's conservatives have been partners in the coalition government and have dominated Austrian politics for decades.

In May the party chiefs agreed to a snap election after the centrist “grand coalition” collapsed.

The anti-immigration FPOe, a party founded by ex-Nazis after World War II, is forecast to come second or third in next month's parliamentary electionsand could enter the government as coalition partners.