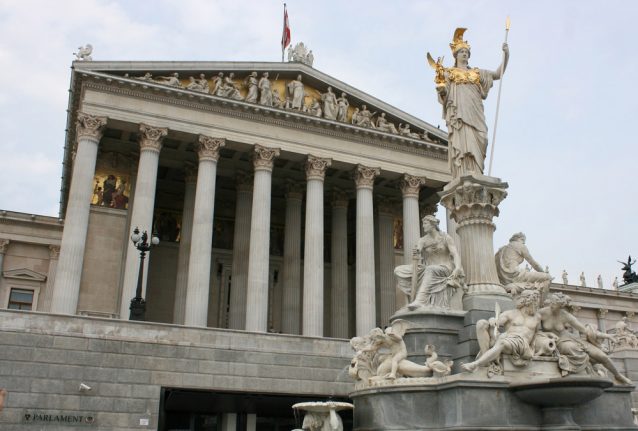 The Austrian parliament building in Vienna. Photo: Depositphotos
Workers renovating the 134-year-old building came across the four paintings, two busts and a relief in a cupboard in the cellars, officials said on Friday.
“It's not really a surprise when you clear out a building after 130 years,” a spokeswoman for the parliament told AFP. “We know that the building was used as a 'Gauhaus' (local Nazi party headquarters) during World War II and we expected to make discoveries like this.”
The artefacts have been given to two historians currently working on a history of the parliament building during the country's Nazi period (1938-1945).
The major renovation of the neo-classical parliament is set to last several years. Lawmakers are meeting in the meantime in the nearby Hofburg palace.