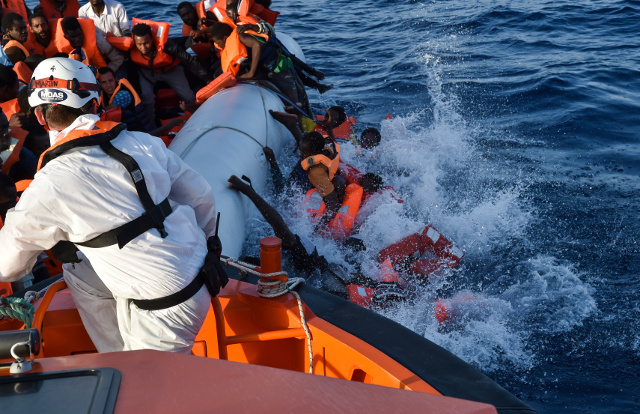 Kurz said he had told his Italian counterpart Angelino Alfano that “rescue missions in the Mediterranean cannot be seen as a ticket to central Europe”, on the sidelines of an OSCE meeting in Vienna.

“We hope that ferry services for illegal migrants will be halted between Italian islands like Lampedusa and the Italian mainland,” Kurz said.

“If people are quickly brought to the mainland from the islands and then continue to trek north, this will not only increasingly put pressure on central Europe but also encourage more migrants to set off” to reach the continent, he added.

Italy on Thursday presented its programme for when it takes over the chair of the Organization for Security and Co-operation from Austria next year.

Alfano said there will be a strong “focus… on the Mediterranean region”, the migration crisis and terror threats, but also on promoting intercultural and inter-religious dialogue.

Nearly 90,000 migrants have arrived in Italy so far this year, up over 10 percent compared with the same period in 2016.