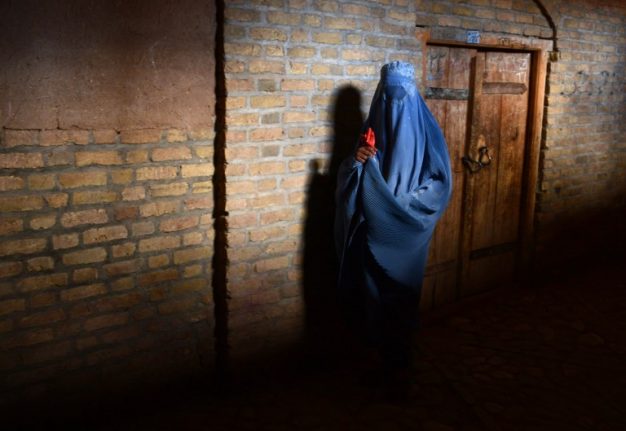 A burqa-clad woman walks in an old quarter of Herat, Afghanistan. Photo: AFP

The outlawing of the burqa or other clothing concealing the face follows similar moves in other countries in the European Union, starting with France in 2011.

In Austria, people who break the new law could be fined up to €150 ($168), according to the legislation approved by parliament in May and signed into law by the president this week.

Other measures include a clampdown on distributing extremist material, and immigrants being obliged to sign an “integration contract”.

A 12-month “integration programme” will include courses in “values” and the German language. Failure to attend can result in cuts to social security payments.

The legislation was hammered out by the centrist government amid strong support for the far-right and the arrival of 90,000 asylum-seekers since 2015.

The far-right Freedom Party (FPÖ), whose candidate came close to winning the largely ceremonial presidency last year, is riding high in opinion polls ahead of the vote.