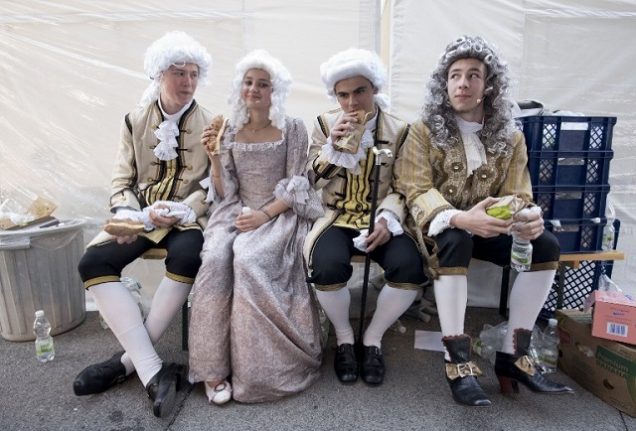 The empress's 40-year rule starting in 1740, marked by administrative and educational advances while she consolidated control of her territory, earned her a cherished reputation as the “mother of her peoples”. It was an image carefully maintained while in power, and one still evoked today by her imposing statue in Vienna, which was surrounded by a field of flowers on Saturday. And she was the mother of 16 children including Marie-Antoinette, future wife of France's king Louis  XVI and executed by guillotine following the French Revolution.

A full day of events were held throughout the city's museums to mark Maria Theresa's birth on May 13th, 1717, the high point in a year of exhibits, book releases and festivities across Austria. Though she was just 23, pregnant and ill prepared to rule when ascending to the throne after her father's death, Maria Theresa quickly surrounded herself with loyal advisors and honed her political and diplomatic instincts. Researchers have recently underscored less admirable traits – including religious intolerance, a hostility to Enlightenment thinkers and a willingness to impose marriages on her children to consolidate the empire.

But the contradictions have hardly dented Austrians' affection for her display of “Feminine Power,” as the French philosopher Elisabeth Badinter titled her book about the archduchess, being presented this week in Vienna.