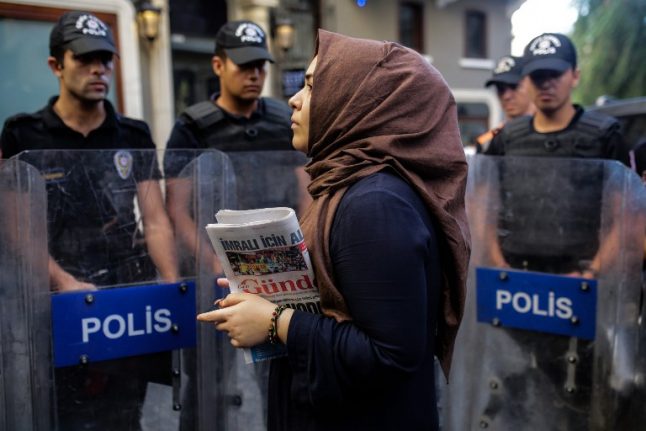 A woman holds a copy of the banned Özgur Gündem newspaper in front of a police barricade on August 16th 2016 in Istanbul. Ismail Eskin wrote for the paper. Photo: AFP

Concordia singled out Ismail Eskin as having made an outstanding contribution to freedom of information.

But the organisation said he was unable to attend, saying it understood authorities believed he might seek asylum.

“Journalist Ismail Eskin, who was to receive our prize with a Turkish colleague in the name of jailed Turkish journalists… has not received his visa,” Concordia secretary general Astrid Zimmermann said.

“We are very annoyed that Ismail Eskin has not received his visa…” said Zimmermann. She added that Eskin's Turkish colleague Banu Guven was able to attend the Vienna ceremony.

“The Austrian authorities panicked at the idea he might have been able to claim asylum, which was not his intention even though he is prevented from working in his own country,” Zimmermann said.

A foreign ministry spokesperson said Eskin had not in fact been refused a visa but that his case would take longer to process owing to incomplete paperwork.

Social Democratic lawmaker Hannes Jarolim said he found it “incomprehensible in this day and age that the Austrian embassy in Turkey should act without regard to the situation of countless jailed and threatened journalists” alluding to a widespread crackdown after last July's failed coup.

According to the Turkish Journalists' Association (TGC), 170 media organisations have been shut down, 105 journalists detained and 777 press cards revoked since the coup attempt against President Recep Tayyip Erdogan.

TURKEY
Austrians with Turkish roots fear being stripped of nationality 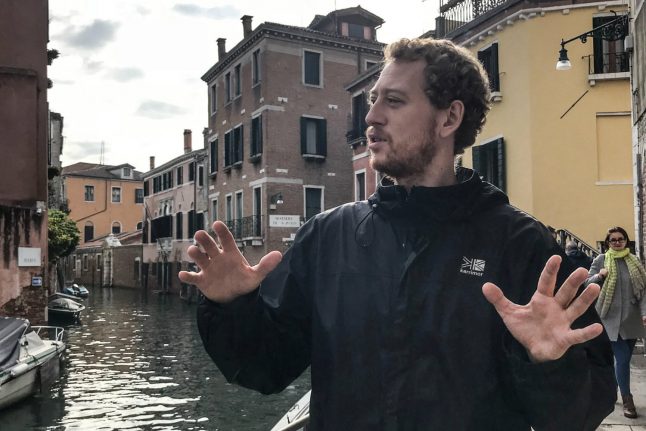 Max Zirngast, who writes for the far-left German-language magazine Re:volt, was detained in Ankara on September 11th and formally arrested by the Ankara court late Thursday, his lawyer Tamer Dogan told AFP.

Zirngast, 29, was charged with being a member of an extreme leftist terror organisation, Dogan added.

He had previously published articles on the outlawed Kurdistan Workers' Party (PKK), which has waged an insurgency inside Turkey since 1984.

The PKK is blacklisted as a terror group by Ankara and its Western allies.

The Austrian has been in Turkey for three years and was a masters student at Middle East Technical University (ODTU) in the political sciences department.

He is accused of being a member of the Turkish Communist Party (TKP)/Kivilcim group, which is banned by Turkey as a terror organisation.

Two other suspects, Hatice Goz and Mithatcan Turetken, were also kept in jail by the court in the capital on the same charge.

But the lawyer and student claimed such an organisation “doesn't exist”.

“Max has no links with any illegal organisation,” Dogan said, adding that the student rejected the allegations against him.

“He is a journalist working in the scope of the law,” the lawyer insisted, saying Zirngast had also written for jacobinmag.com and leftist German daily junge Welt.

Zirngast defended himself in Turkish, refusing a translator.

Police asked Zirngast about books he had by leftwing intellectuals but he insisted he also had books of different political stances and literature texts, according to court testimony obtained by AFP.

Lawyer Dogan said the student had researched Hikmet Kivilcimli, a Turkish communist leader and Marxist intellectual, and was asked by authorities why he conducted such research. He said it was for a university presentation.

Since the July 2016 attempted coup and subsequent arrest and conviction of journalists for alleged terror links, rights activists have condemned Ankara's violations of freedom of expression.

The arrest of Zirngast further risks increasing tensions between Ankara and Vienna, which has angered Turkey by calling for a freeze in its EU membership talks. 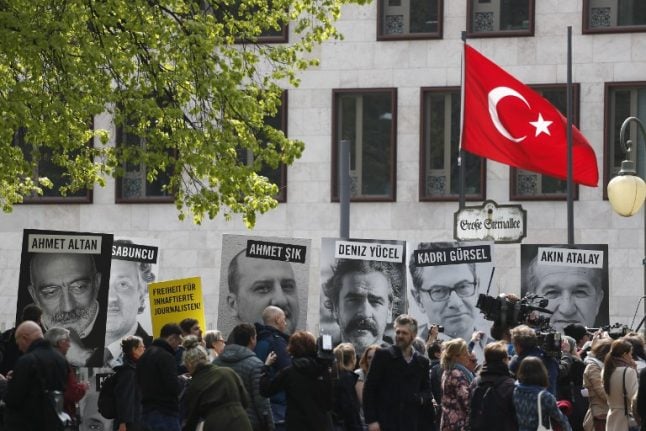