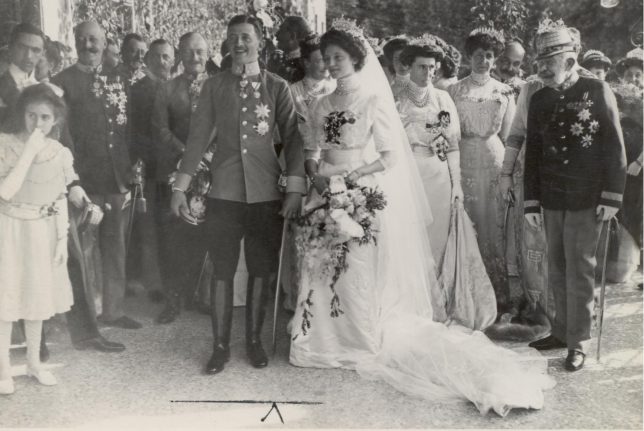 Happier times. Seven years before giving away his bedroom, Charles I married Princess Zita of Bourbon-Parma in Schwarzau Palace.

“Bedroom seeks new home. Terrific antique, absolute rarity from Charles the last emperor of Austria,” reads the private ad posted on the popular Willhaben.at website by a woman who inherited the pieces.

The items include a 2.2-metre (7.2-foot) long bed, two night tables and two cupboards, all made of dark heavy wood and featuring marquetry of Austrian castles.

The bedroom suite was part of Villa Wartholz, one of the residences used by Charles I and his wife, Zita of Bourbon-Parma.

The couple were the last monarchs of the Habsburg empire, which collapsed at the end of World War I.

Charles, the grandson of emperor Franz Joseph, offered his bedroom furniture as payment to his personal physician before fleeing into exile in 1918, according to the vendor.

“We were offered the purchase but the price is way too high,” IFC expert Ilsebill Balta told AFP, adding that the pieces needed restoring.