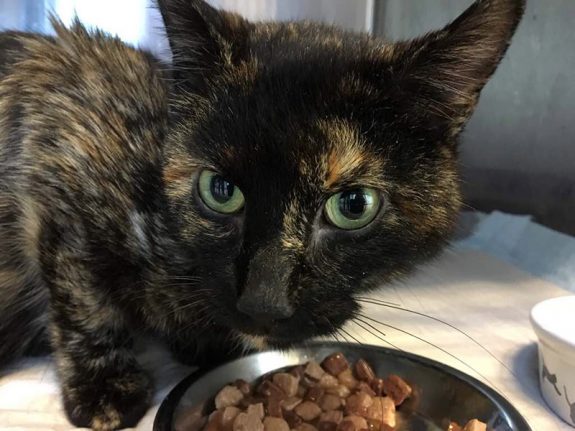 It’s thought that Pepper may have stowed away in a truck travelling from the Netherlands to Aschbach-Markt, west of Vienna.

Pepper was spotted by a hunter, on the outskirts of a farm. She was emaciated and appeared to be sick. He managed to catch her and took her to a local animal welfare centre, where staff had her examined by a local veterinarian.

Luckily Pepper had been microchipped, allowing veterinarian Katharina Zöchling to trace the owner and send her photos, establishing that the cat was indeed hers. As Pepper was “angry, shy and scratched us”, the vet had assumed she was a half-feral farm cat. She is being treated for a lung infection.

The owner, who has not been named, was reportedly overjoyed to hear her cat is alive and is now planning to travel from her home in Tilburg to Aschbach-Markt to claim Pepper.