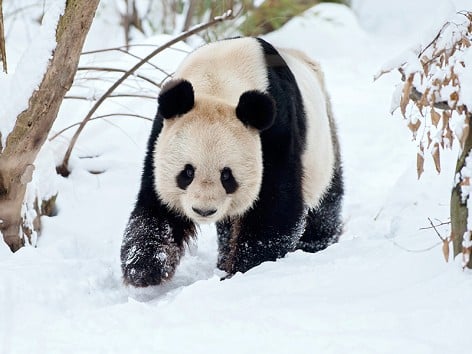 “Following a request by our Chinese partner, the body of Long Hui will be stuffed and returned to China in early summer 2018,” the zoo said.

The zoo added it had tasked taxidermist Peter Morass with the job. “It's quite unusual to stuff a panda — but I'm an old hand and I'll manage it,” Morass told Austria's APA news agency.

Long Hui's skin and bones have been frozen pending the tanning of the skin, which will then be sewn around a panda-shaped model. The bones are to be preserved separately.

Long Hui, who died aged 16 on December 9th, arrived in the Austrian capital in 2003 and he and his companion Yang Yang thrilled zoo-goers as their frolicking in captivity produced five healthy offspring.

Their births were a cause of celebration for fans of the species whose breeding programs are notoriously difficult, not least owing to the single and very short annual reproductive cycle in the female. In addition, around half of newborn cubs do not survive infancy.

Vienna's Schönbrunn zoo has a deal with Beijing to hand back Fu Feng and Fu Ban once they turn two. The twins' brothers – Fu Long, Fu Hu and Fu Bao – born respectively in 2007, 2010 and 2013, have already been sent to China.