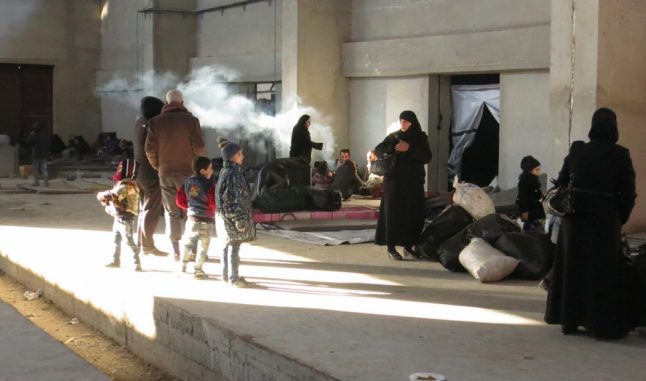 Thomas Schnoell, foreign ministry spokesman, told AFP that the Austrian government was informed of the move by President Donald Trump's administration in the middle of last week.

It came just ahead of Trump's executive order on Friday temporarily banning travellers from seven predominantly Muslim countries — including Iran — and suspending the arrival of all refugees.

“We regret this deeply because we think this is a very good programme that always worked without any problems,” Schnoell said.

Under the scheme, Austria's embassy in Iran would give Christians, Jews and other persecuted minorities temporary visas enabling them to stay in Austria for up to six months.

During this time they could apply to settle in the US. Around 1,000 people have made use of the scheme every year since it came into operation more than 30 years ago, Schnoell said.

He said that as a result of the suspension, around 300 people in Iran who had been told they would receive Austrian visas have been told that they cannot now travel.

An unknown number — reportedly around 30 — who were already in Austria under the visa scheme have been stranded. Their fate is now unclear.

Trump's order from Friday suspends the arrival of all refugees for a minimum of 120 days, Syrian refugees indefinitely and bars citizens from Iran, Iraq, Libya, Somalia, Sudan, Syria and Yemen for 90 days.

The White House later pulled back on part of the ban, saying it would not apply to those with permanent residence status in the United States.

Meanwhile, the head of the UNHCR has strongly criticized Trump's ban, saying that “refugees should receive equal treatment for protection and assistance, and opportunities for resettlement, regardless of their religion, nationality or race.”