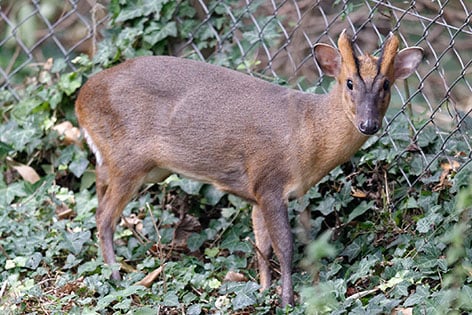 Some zoos, such as Leipzig Zoo in Germany, have decided to kill some of the animals on the list of banned species – such as the popular muntjac deer – and feed them to their big cats, but Schönbrunn will not be doing this.

The hit list of 37 species has been drawn up to protect native plant and animal species in several EU member states.

Officials are concerned that species considered 'dangerous' in certain countries could escape and become established in the wild, having a detrimental effect on that state's ecology.

Schönbrunn Zoo also has muntjac deer, but its only female died last January and they will not be replacing her. “We will simply let the muntjacs die a natural death,” zoo spokeswoman Johanna Bukovsky said. The same goes for the coypu, or river rat, which is originally native to South America.

The South American coati is also on the banned list, but Schönbrunn Zoo only built a new enclosure for its coatis in 2014 – not realising they would be on the hit list – and is still considering what it should do.

Red-bellied turtles are also on the list. All of Schönbrunn’s red-bellied turtles were donated by private owners, and in future the zoo says it won’t be able to accept any more turtles. “Hopefully this won’t mean that people set their turtles free in the wild – where they become a problem for the domestic European swamp turtle,” Bukovsky said. Racoons and chipmunks are also on the list.

Schönbrunn Zoo said that together with other zoos it will try and negotiate special permits for certain species. “The topic of invasive species is a very important one, and we think that zoos should also be able to communicate this via the animals in question,” Bukovsky added.