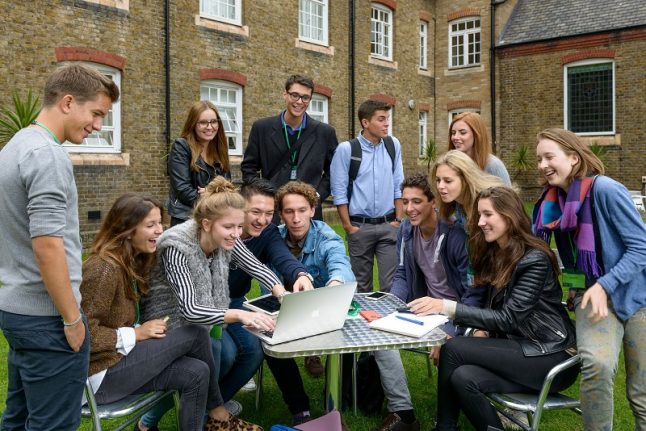 While ESCP Europe, founded in Paris in 1819, is the oldest business school in the world, that hasn't kept it from redefining what business education should be in the 21st century.

“The founders of the school wanted to create a place where cutting edge research could meet real-world education,” says Professor Benjamin Voyer, undergraduate academic director at the school.

“We blend management, liberal arts, and humanities, while not just giving knowledge but broadening horizons as well.”

And for students looking for a truly international Bachelor’s education, it’s life-changing.

“I think the most valuable asset I could have in life is having travelled and speaking different languages. And that’s what this school allows me to do,” says Noa Lachkar, a first-year student of the school’s prestigious Bachelor in Management (BSc) degree.

The three-year degree requires students to study at a different campus each year: London, Paris, Madrid, Berlin, or Turin. Depending on their campus of study students can study either in English or in both in English and in the local language. Students also take classes in the language of the country they are studying in – gaining language skills which will set them apart as graduates on the international market.

“Living the language is an integral part of the education,” Professor Voyer explains. “Language isn’t just communication; it’s a way of understanding another person’s point of view and engaging with another culture. It’s fundamental.”

For students like Noa, it’s about continuing and developing a mindset she already has.

“I was born in Paris, my mother is Israeli, and I grew up in Belgium,” she says. “And now in London I’m studying Spanish. Many of the students here already speak three languages, and then we get to study additional languages here.”

Maximilian Muennighoff, a German student currently studying in London, says exposure to languages is one of his favourite things about ESCP Europe. “I was born in Boston but I have lived my whole life in Munich,” he tells The Local. “And the idea of a personal, intercultural programme that connects people from all around the world, lets you go to new countries and learn new languages – it seemed right to me.”

Noa is fluent in French and Maximilian already speaks some French – but starting over in a new city is still intimidating.

“At first it’s overwhelming, moving to a new city where you don’t know anyone,” Maximilian confesses. “But when you start exploring the city on your own, you discover things tourists never see.”

And that’s one thing which makes an education at ESCP Europe totally unique according to Professor Voyer.

“After you graduate from school, say ten years down the line, you don’t remember absolutely all the facts and technical knowledge,” he explains. “What you do remember is the experience you had and the people you were with.”

“We educate students in all possible fields of management; it’s a broad spectrum,” Voyer explains. “It’s a Bachelor of Science degree so they do mathematics as well – data science management is very popular at the moment. We want to make sure they get enough of a qualitative background to pursue a field in the scientific area if they choose.”

But after school and after exams, the students are busy making meaningful connections.

“None of us have family here, but we quickly become each other’s family,” says Noa. “The connections I have with the other students are great.”

“Student life can be hard sometimes, especially during exams, but every day there is something social to do,” Max agrees. “Like an evening out or an international pillow fight.”

Find out more about studying at ESCP Europe

Indeed, an education at ESCP Europe doesn’t just give students what they need to become the business leaders of tomorrow – it’s also teaches them invaluable life lessons.

“Having to adapt to a new country and a new campus each year – that type of experience teaches you a lot about life and really shapes how you see the world. That really creates an added value, even more than all the knowledge,” Professor Voyer says.

And Max adds that for many students, it’s also a chance to reinvent yourself.

“Going to three new cities, for three years, you get the chance to become something else, to become someone you always wanted to be,” he says. “You can move beyond your past self. It’s a new start.”

This article was produced by The Local and sponsored by ESCP Europe. 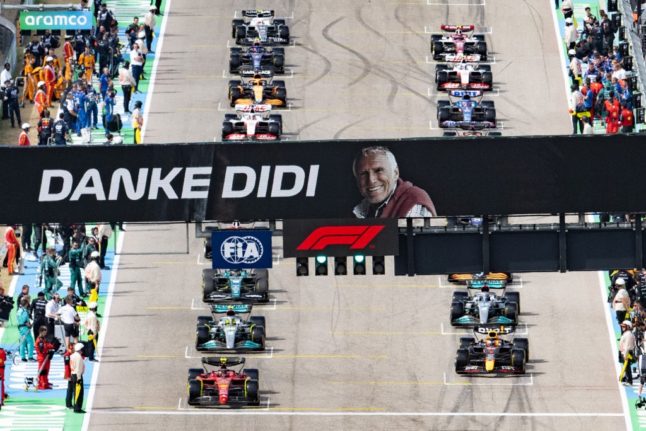 Mateschitz achieved huge wealth by taking a drink already popular in Asia and adapting it to Western tastes.

He was named as the Alpine EU member’s richest person by Forbes in 2022 with an estimated net worth of $27.4 billion.

From cans to riches

Born in 1944 in the southern province of Styria into a family of teachers, “Didi” studied economics in Vienna.

After his studies, he started out as a salesman marketing detergents for Unilever, but quickly achieved success in business and later became the marketing director of German cosmetics company Blendax.

His legacy — the Red Bull energy drink — was born during one of his many business trips when at a luxury hotel bar in Hong Kong he was served a sweet beverage common in Asia.

READ ALSO: REVEALED: What are the most attractive employers for students in Austria?

Immediately fond of it — and with the drink reportedly helping him overcome his jet lag — he decided to partner up with the beverage’s developer Thai businessman Chaleo Yoovidhya.

The two men founded Red Bull in 1984. Based in Fuschl-am-See in a verdant Alpine valley, the brand slowly but surely conquered Western taste buds.

Today Red Bull employs more than 13,000 people in 172 countries and sells nearly 10 billion cans a year, creating a turnover of around 8 billion euros.

As a marketing whizz, Mateschitz was obsessed with his brand’s image, massively investing into it and seeking to boost it by sponsoring extreme sports, driving its commercial success.

Red Bull did not leave any opportunities unexploited: Besides forays into music and aviation, the company sponsors athletes, including Austrian record-setting skydiver Felix Baumgartner, and has gradually penetrated the world of mainstream sports. Besides its involvement in Formula One, Red Bull bought the football club of the Austrian city of Salzburg in 2005 followed by Leipzig in Germany, which has become one of the Bundesliga’s leading clubs thanks to the company’s investment.

READ ALSO: Housing, food and nightlife: What life in an Austrian village is really like

In his drive to create the event, but control the message, Mateschitz also founded Media House in Austria in 2007, providing various digital entertainment and thousands of hours of images to interested broadcasters.

He used his riches to buy the paradise island of Laucala in Fiji besides several other properties in his native Austria. 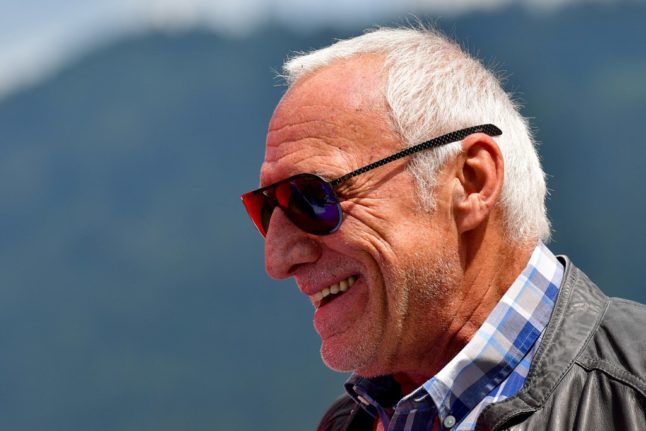 (FILES) In this file photo taken on June 30, 2018 Red Bull team owner, Dietrich Mateschitz, arrives to the paddock ahead of the Austrian Formula One Grand Prix in Spielberg, central Austria. (Photo by ANDREJ ISAKOVIC / AFP)

For all its public events, Red Bull itself has blocked scrutiny.

In 2021, Austrian magazine Dossier published an investigation on Red Bull lobbying that aimed to dampen down criticism that energy drinks when consumed too much can be harmful to health.

Known for dressing casually — preferably in jeans and sunglasses — he hardly ever gave interviews to journalists and managed to keep a low profile throughout his life.

In a rare interview with the Austrian daily Kleine Zeitung in 2017, the billionaire criticised the lack of control over migration in Europe, sparking a backlash from those advocating open borders.

His media, notably his Servus TV, has also been criticised for biased reporting, particularly for trivialising the Covid-19 pandemic.

He never married. His son, Mark Mateschitz, was born in 1993.