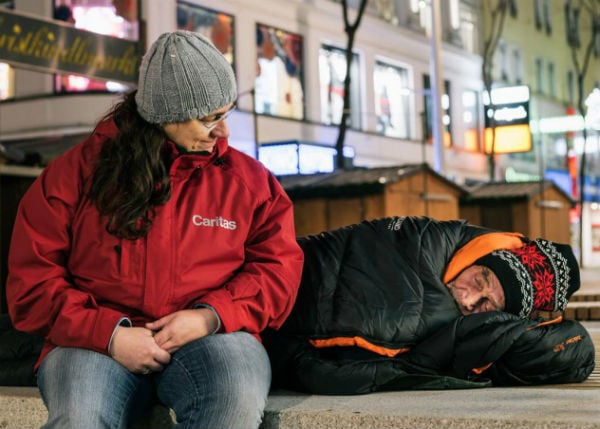 Manuel Schmidt (32), who runs the Dresdnerhof restaurant in Brigittenau said that he was horrified when he heard the story, adding that “things like this shouldn’t happen”. He has decided to start serving warm meals and a drink from January 23rd to homeless people. They will be invited to eat for free in his restaurant, between 2.30pm and 3.30pm every day.

He told the Heute newspaper that he plans to keep doing this whilst it remains cold (temperatures are below freezing in Vienna this week) and that he hopes that other restaurants and cafes might follow his example. His restaurant is at Dresdner Strasse 126, not far from the Prater park.

Earlier this week a 19-year-old homeless woman from Slovakia went up in flames in Vienna after she accidentally set herself alight as she used a gasoline canister to light a campfire to try and keep warm.

The horrific incident happened in the Favoriten neighbourhood under a bridge in the city, where she and a 33-year-old man were sleeping rough. The woman died but the man was rushed to hospital and is still in a critical condition.

Firefighters, police and ambulance units were sent to the scene to find the two on the ground completely engulfed in flames and the fire out of control.

If you are in Vienna and notice a homeless person sleeping outside, you can contact the charity Caritas, who will bring them a sleeping bag or take them to an emergency shelter: 01/4804553