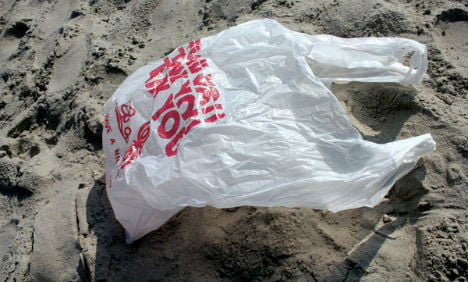 A discarded plastic bag on a beach.

This is due to an agreement reached between Austria’s Ministry of the Environment and environmental protection organizations, designed to help implement an EU directive which aims to reduce the consumption of lightweight plastic carrier bags.

An average plastic bag takes one second to make, is used for roughly 20 minutes and takes up to 400 years to degrade naturally.

Supermarkets belonging to the REWE group (which includes Billa, Penny, Merkur and Bipa) are still selling their stock of reusable plastic bags, but have said they will not be ordering any more once they have sold out.

The REWE group says this will mean a saving of 28 million reusable plastic bags. However, the little bags you get for fruit and vegetables will still be available, as will the plastic bags used to wrap meat or fish – which REWE says are necessary for hygiene standards.

However, environmentalists say that the voluntary ban on plastic bags does not go far enough and that single use fruit and veg bags should be banned altogether. Herwig Höfferer from Carinthia’s Chamber of Labour said that people should be encouraged to transport their fruits and vegetables home in their own bags. He recommends buying reusable cloth or paper bags, which can be left in your car or bag and used again and again.

Scientists estimate that every square mile of ocean contains approximately 46,000 pieces of plastic floating in it. According to Austrian NGO Global 2000, 40 tonnes of plastic waste end up in the Danube river every year.

Austria has an ambitious plan to become carbon neutral by 2040, but the EU Commission claims the country is not on track to meet its climate neutrality target.

Even when accounting for additional measures, the country still risks falling short of its goal by 9 percentage points, the Brussels authority announced on Monday as part of the European Semester.

One of the major challenges for Austria is reducing transport-related emissions, as the country serves as a significant transit point for transalpine road freight, the EU says.

This includes solutions to connect remote and rural areas to public transport networks, a particularly crucial movement in a country that has several rural villages and towns – and many commuters to larger cities.

READ ALSO: How Austria plans to become carbon neutral by 2040

“Efforts to further decarbonise and electrify heavy-duty vehicles could also be stepped up to curb emissions”, the Brussels commission added.

According to the report, lengthy permitting procedures and underinvestment in the electricity grid are also critical challenges for reaching renewable energy targets.

The commission mentioned that “investment in renewable energy is hampered by complex spatial planning and permitting procedures”.

The process of acquiring the necessary licences for wind power projects, for example, typically takes 6.3 years, according to the report.

This is due to the bureaucracy involved in the division of powers between the federal and regional governments and partly due to staffing problems.

According to the EU commission, the country needs to invest an estimated € 18bn in accommodating the planned expansion of renewable power generation. 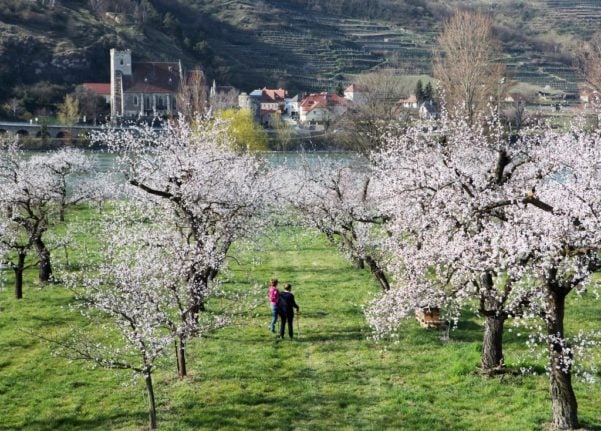