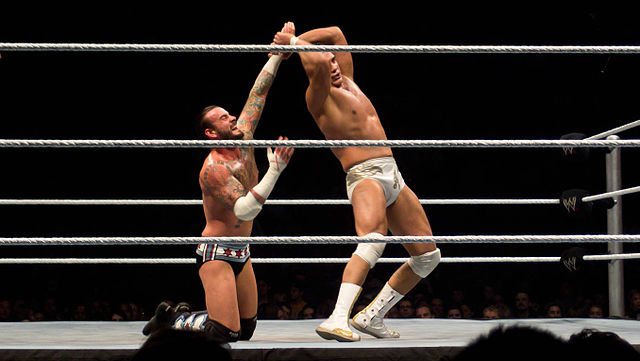 According to ATV's report (see below), it took 12 police officers to break up the scuffle between the two gargantuan fighters. One of the two brothers allegedly broke free of the cable ties around his wrists with the immensity of his strength and the “creative” solution reached by police was then to restrain his arms with larger shackles meant for ankles.

It appears that the conflict between them began at a local club where the championship victory of a Styrian wrestler, Chris Raaber was being celebrated. Known more widely as “Bambi Killer”, he accompanied the brothers to the police station and was able to advise police on how to deal with the two riled-up men. He simply told them to be patient for a few moments and to let their scrap run its course because it would soon be over.

Since then, the brothers have reconciled their differences and are once again loving terms and have apologized for their behavior.