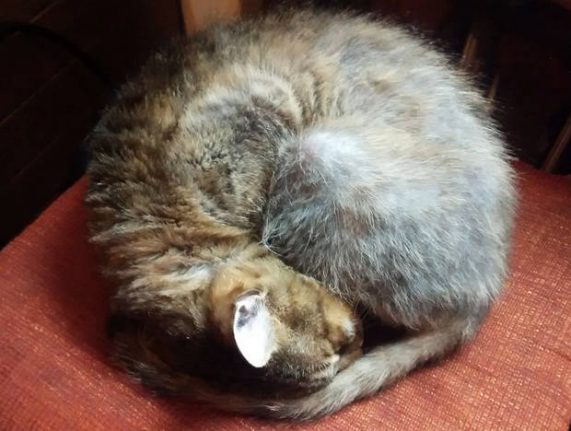 Three-year-old Felix failed to return to his home in Vienna’s Penzing district in summer 2012.

He’s now been found on the other side of the city in Simmering and was taken to an animal shelter where vets were able to identify him by his microchip.

His owners, Elisabeth and Franz M., said they had looked everywhere for their much-loved moggy and had hung up missing posters but with no success. Then they got a call that he had been found at the weekend. Elisabeth (57) said she was astonished as she had given up hope that he would ever be found.

“He began to purr when he saw us, and I really felt that he recognized us, despite being gone for such a long time,” Elisabeth said. “He still responds to his name and has returned to his old habit of sleeping under the duvet.”

Felix, who is now seven, is in good health after his adventures – apart from a few bruises and some weight loss.