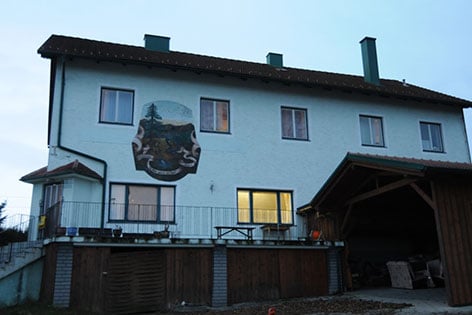 The house where Martina R. murdered her family. Photo: ORF

In a case which shocked Austria, Martina R. shot and killed her mother, brother and her three young children in the family's home in Böheimkirchen in Lower Austria. Days later she lay down beside her dead mother and shot herself, the police investigation revealed.

Detectives say that she probably shot her children (ten-year-old Sebastian, nine-year-old Fabian and seven-year-old Michelle) whilst they slept. Her mother (59) had recently been diagnosed with pancreatic cancer, which police believe may have driven Martina to despair.

Now the children’s father, 37-year-old Andreas, has spoken to the Kurier newspaper about his ex-wife’s attempts to control the children and cut him out of their lives.

Andreas met Martina in Vienna in 2005, when she was working at a care centre for children, but still living with her mother and brother in a house in Lower Austria. She quickly became pregnant, and he said that in the beginning “everything was very harmonious”. However, he said that after their eldest son was born Martina became very controlling and made him break off all contact with his parents – saying that they took up too much of his time. “For her, only her family counted and anyone not in that circle was unimportant,” he said.

Martina refused to live in her husband’s flat in Vienna, and insisted in moving in with her mother and brother in their home in Kirchstetten. Andreas would visit her at the weekends. He said Martina wouldn’t allow their children to play with other children at the local playground, and that as soon as anyone else came to the park she took the children back home. “If anyone rang the doorbell she would ignore it and refuse to open the door,” he told the Kurier.

Neighbours also told police that the family kept to themselves and were very quiet, and that even the children didn’t socialise with friends at home.

Martina and Andreas were already living apart before the birth of their daughter and she would only allow him to visit the children once a month, and would hardly speak to him. He said that when Michelle was born Martina would only allow him to visit when the boys weren’t there, and after that she no longer allowed him to see the children at all. She later told a judge that Andreas was violent, citing an incident when one of the boys had injured his hand when he was playing at home with his dad.

In 2010 the couple agreed to divorce. Andreas said he was very depressed by the situation and had to receive psychiatric treatment in hospital. Martina prepared the divorce papers and he signed them without consulting a lawyer, realising later that he had given up all visitation rights to his children.

A year later, with the help of his parents he went back to court to fight for visitation rights and in 2013 was granted to right to see his children under supervision. However, between 2014 and 2016 he only saw his children four times as Martina kept cancelling the planned sessions.

Andreas told the Kurier that he still can’t understand why Martina killed her entire family – and that contrary to some newspaper reports he doesn’t believe she had money problems. “I gave her €1,500 a month in alimony payments. Her mother received a pension and her brother had a good job – maybe she just couldn’t cope when she found out about her mother’s cancer.”

He said that he feels desperately sad and is full of anger for Martina. “The children were defenceless. I just hope they did not feel anything. Hopefully, they were sound asleep.”

Andreas decided to speak to the Kurier after reports that Martina and he were involved in a bitter custody dispute – which may have contributed to her mental state before the killings. However, for the sake of the children he had written a letter to the court and Martina saying he would not insist on further meetings until the situation had calmed down. By the time his letter arrived the children were already dead.

A report in the Krone tabloid newspaper says that Martina may have invited a lover over to her house after she had killed her family – and hidden their bodies in one room of the large house. However, police say that if a man was in the house he had nothing to do with the murders and had no idea what Martina had done.