A large scale police operation was launched with specially trained sniffer dogs used to detect explosives, and shortly afterwards the man, who is originally from Serbia, was arrested. He didn’t have a bomb but he was found to be very drunk, with a blood alcohol level of 1.6 per mille.

Witnesses at Vienna’s largest and busiest Christmas market heard the Serbian man asking another man who he didn’t know: “What would you say if I had a bomb?” The man called the police, who sent a special counter-terrorism unit to the Rathausplatz.

The man was later set free from police custody and a report of the incident has been sent to the prosecutor’s office.

In Germany, a young boy recently tried to set off a nail bomb at a Christmas market in Ludwigshafen, but the device failed to detonate.

The boy, a German citizen of Iraqi heritage, attempted to blow up the device at the Ludwigshafen Christmas market on November 26th. When the device failed to detonate he gave up, before trying again on December 5th, prosecutors said on Friday.

He hid an explosive device in a rucksack and placed it in a bush near the town hall. Fortunately a pedestrian spotted the bag and alerted police, who then had specialists carry out a controlled explosion.

The 12-year-old had been radicalized and was encouraged to carry out the attack by an as-yet unknown member of the Isis terror group, Focus reported on Thursday, citing security sources. 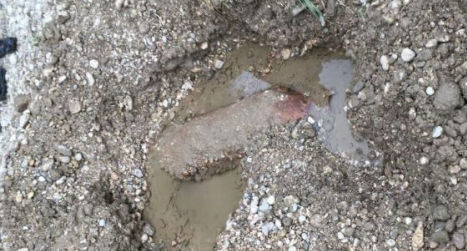