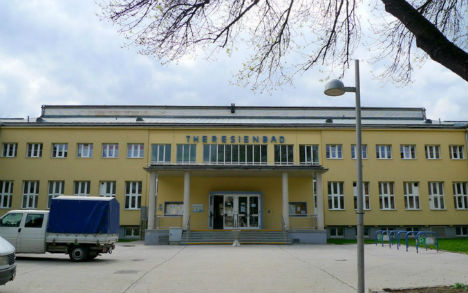 The previous sentence of six years was overturned in October by the Supreme Court after a defence lawyer claimed that the lower court had not done enough to ascertain whether or not the rapist had realised the schoolboy was saying no.

At the pool he dragged the schoolboy, aged ten, into the changing rooms where he locked the door and violently sexually assaulted him, leaving him in need of urgent treatment at a local children's hospital. The boy is still plagued by massive post-traumatic stress disorder.

The boy, known only as Goran, grew up in Austria with his Serbian mother.

After the rape, Amir A. went back to the swimming pool and was enjoying himself on the diving board when police turned up.

The ten-year-old had told a lifeguard he had been attacked, and he informed the police.

Amir A., who had worked in Iraq as a taxi driver, was still clothed in swimwear when handcuffed. He confessed to the rape, saying he knew it was wrong but did it anyway because it was a “sexual emergency” as he had not had sex for four months.

He was found guilty of serious sexual assault and rape of a minor. The boy, Goran, was awarded €5,000 for his pain and suffering.

The sentence is not final and can still be appealed.