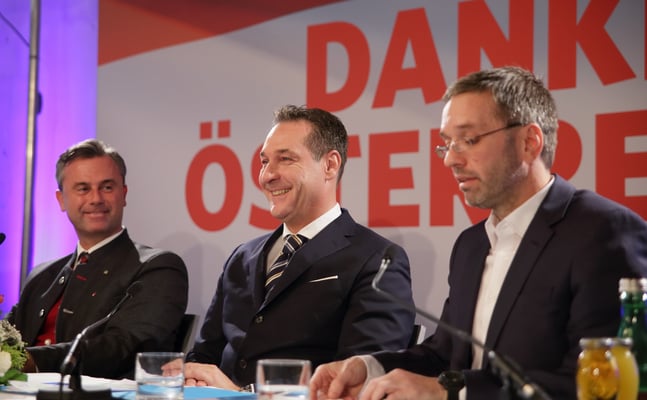 “The time was not ripe for a Freedom Party president. Of course this is a pity, but the result is sensational for us,” Heinz-Christian Strache told a news conference in Vienna.

“Looking ahead to the next legislative elections, it shows us what is possible,” he said. “We look to the future with optimism… Our aim (is) very clear, to become the biggest party in Austria.”

The gap was slightly larger than projected on Sunday. Then Van der Bellen, a former head of the Greens running as an independent, was on 53.3 percent and the anti-immigration Hofer on 46.7 percent.

The final result showed Van der Bellen in fact managed to increase his winning margin more than 10-fold from 30,863 votes in May's first run-off, which was annulled over procedural breaches.

This was thanks in part to higher turnout of 74.2 percent compared to 72.6 percent among the 6.4 million voters.

The outcome prompted relief on Sunday and Monday among centrist European politicians fearful of another triumph for populist politics after Donald Trump's US election win last month and Britain's referendum decision in June to leave the European Union.

Before Sunday at least, the FPÖ was leading opinion polls ahead of the next general election, which is due in late 2018, with more than 30 percent of voter intentions.

However many experts expect an earlier vote because of conflict within Chancellor Christian Kern's “grand coalition” of his centre-left Social Democrats (SPÖ) and the centre-right People's Party (ÖVP).